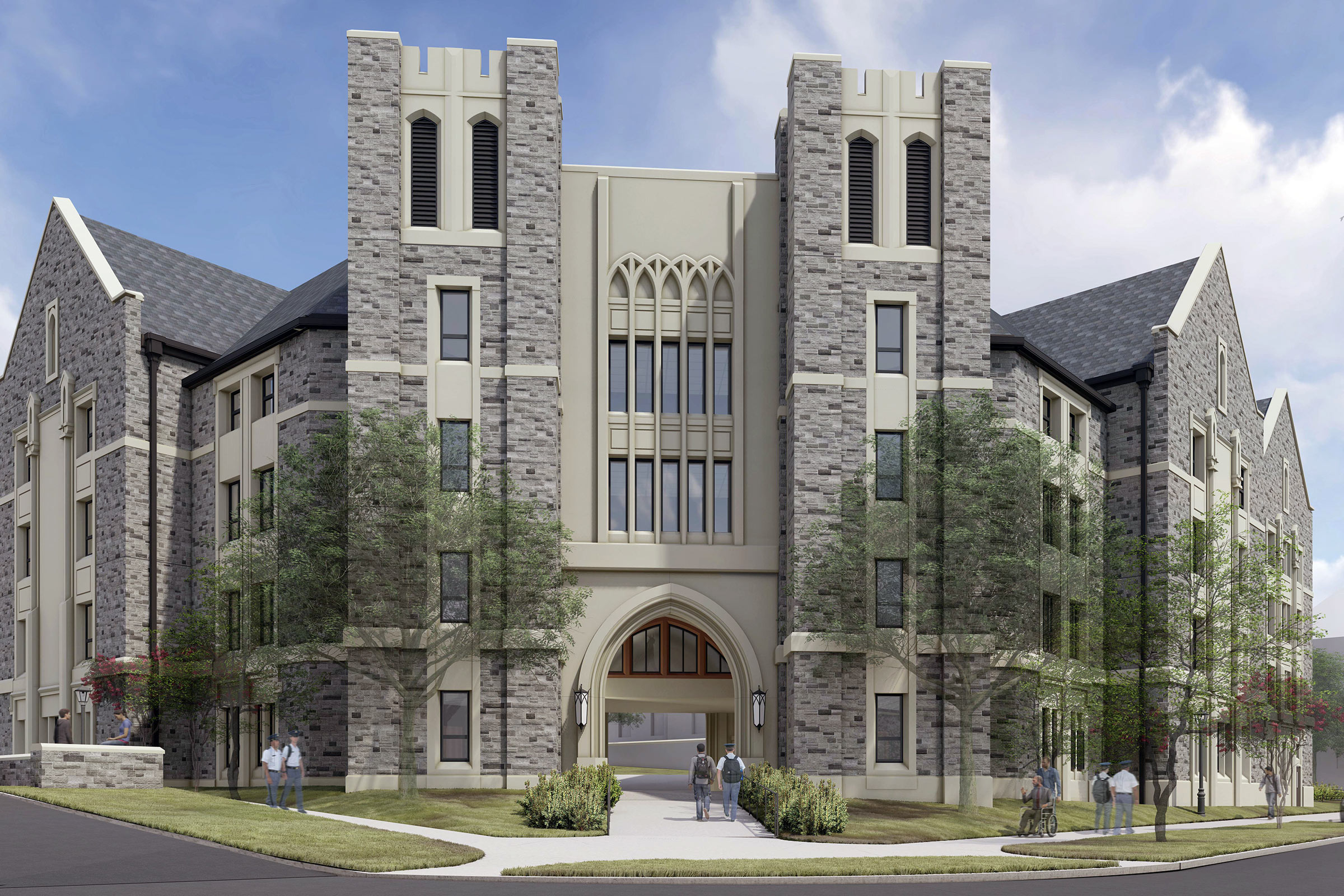 This project’s site is at the southeast corner of Stanger Street and Old Turner Street where an existing facility, Femoyer Hall, is currently located. Femoyer Hall is an approximately 35,000 sf facility constructed in 1949 and originally designed as a residence hall; it will be demolished as part of this project. Given the constraints of the existing site, the building footprint and orientation of NUQRH will be two wings, the North wing running East to West, and the West Wing running North to South. The project shall provide a strategy for the site and landscape design that allows for fire truck access, locates dumpsters for cadet use, and includes bike racks, ADA parking considerations, and a review of pedestrian-vehicular site lines. Significant grade challenges exist at the west side of the site between the building and Stanger Street, this project shall provide an accessible route to the Upper Quad from the intersection of Stanger and Old Turner streets.