Vannoy Construction’s leadership defines our 4H’s. They lead by example and set the direction of the company’s future by listening, inspiring, and empowering Vannoy’s employees. 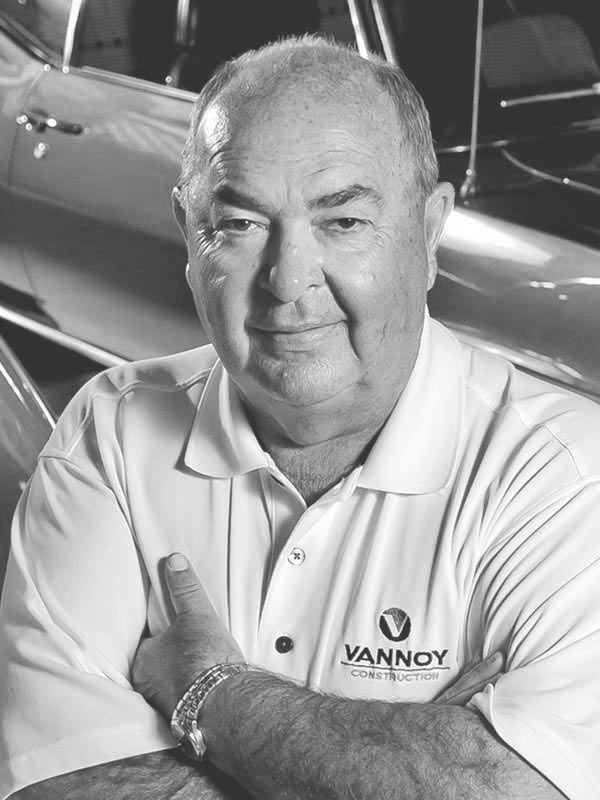 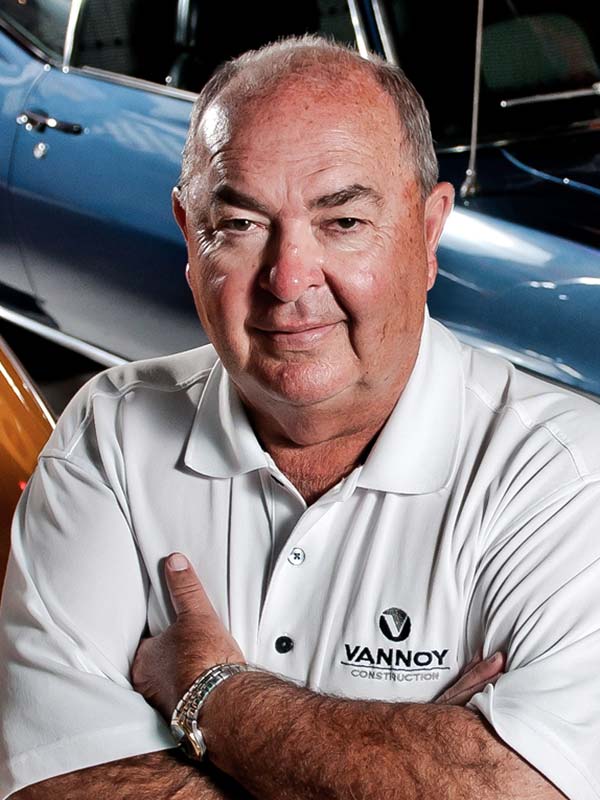 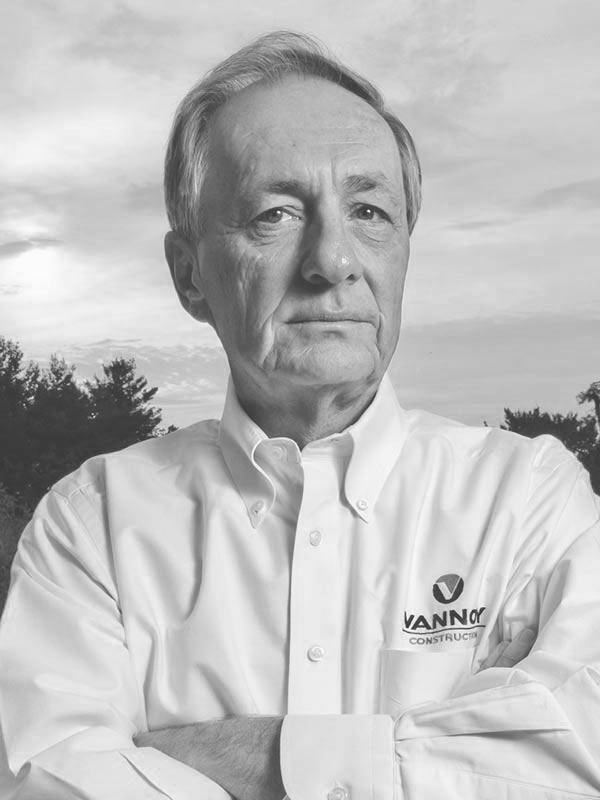 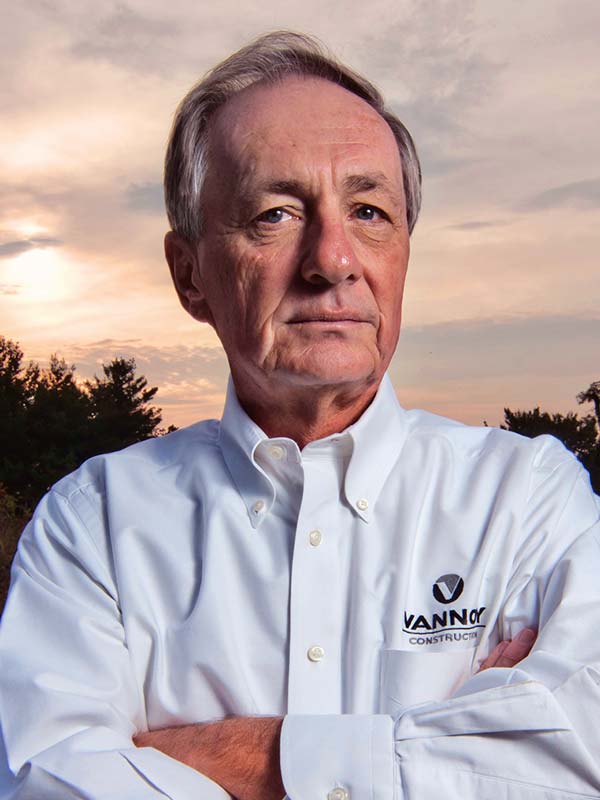 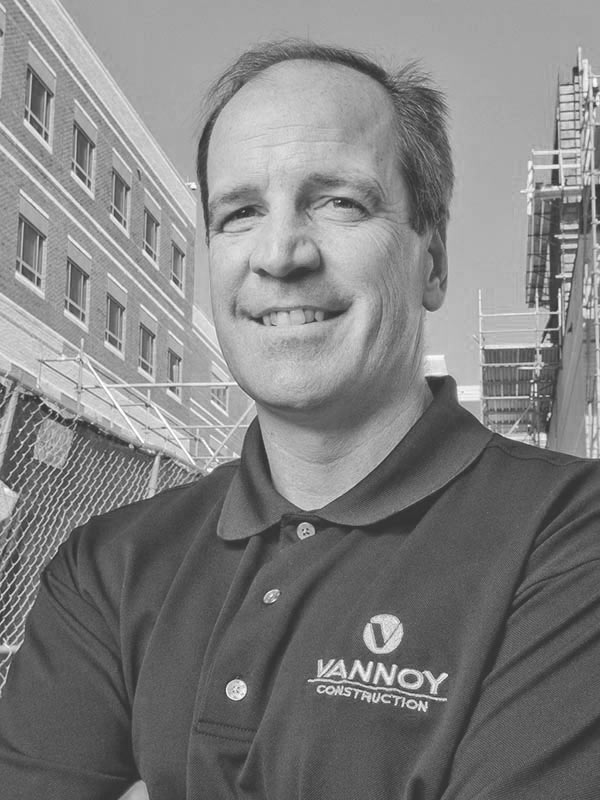 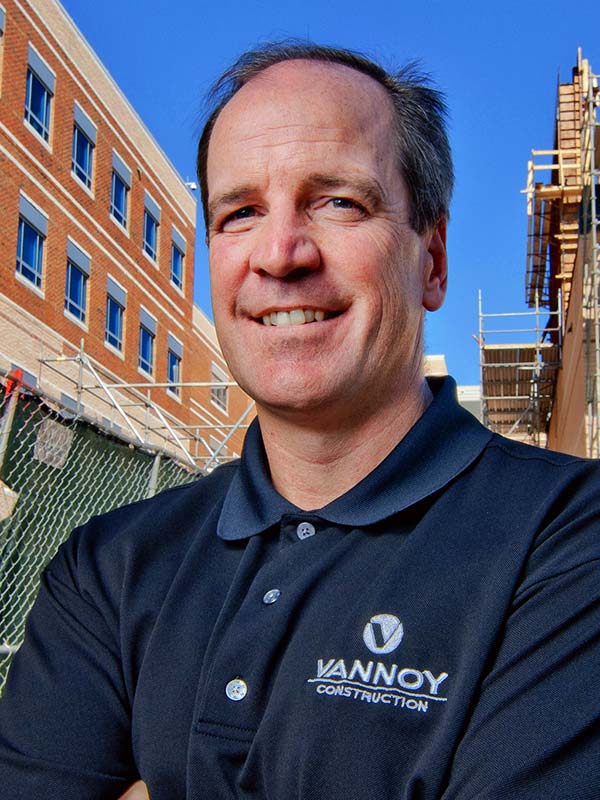 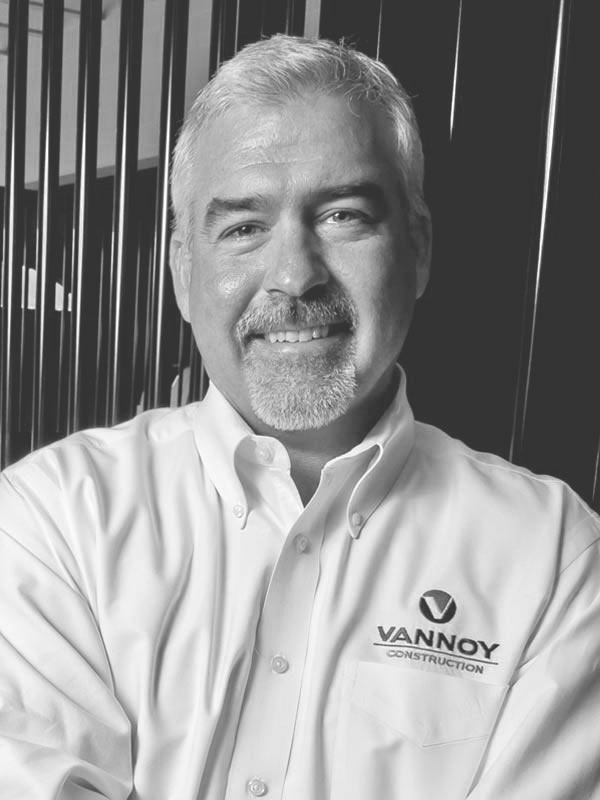 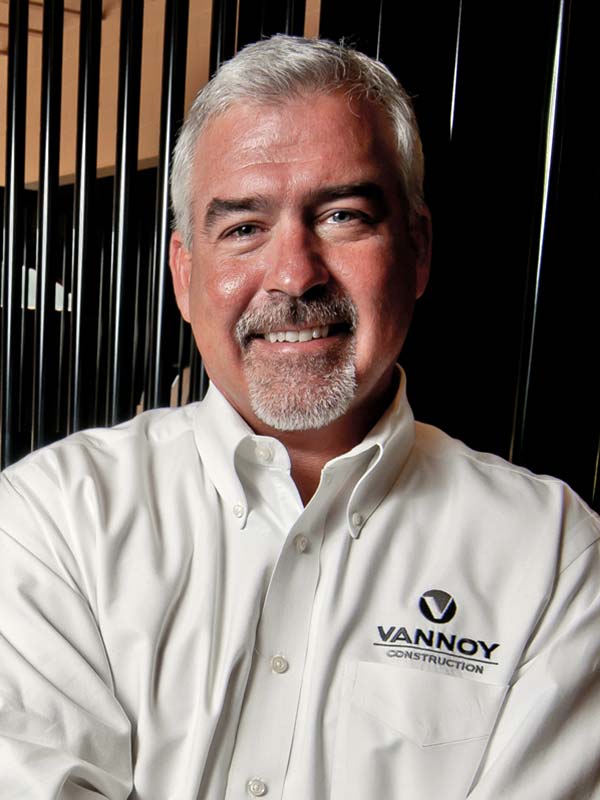 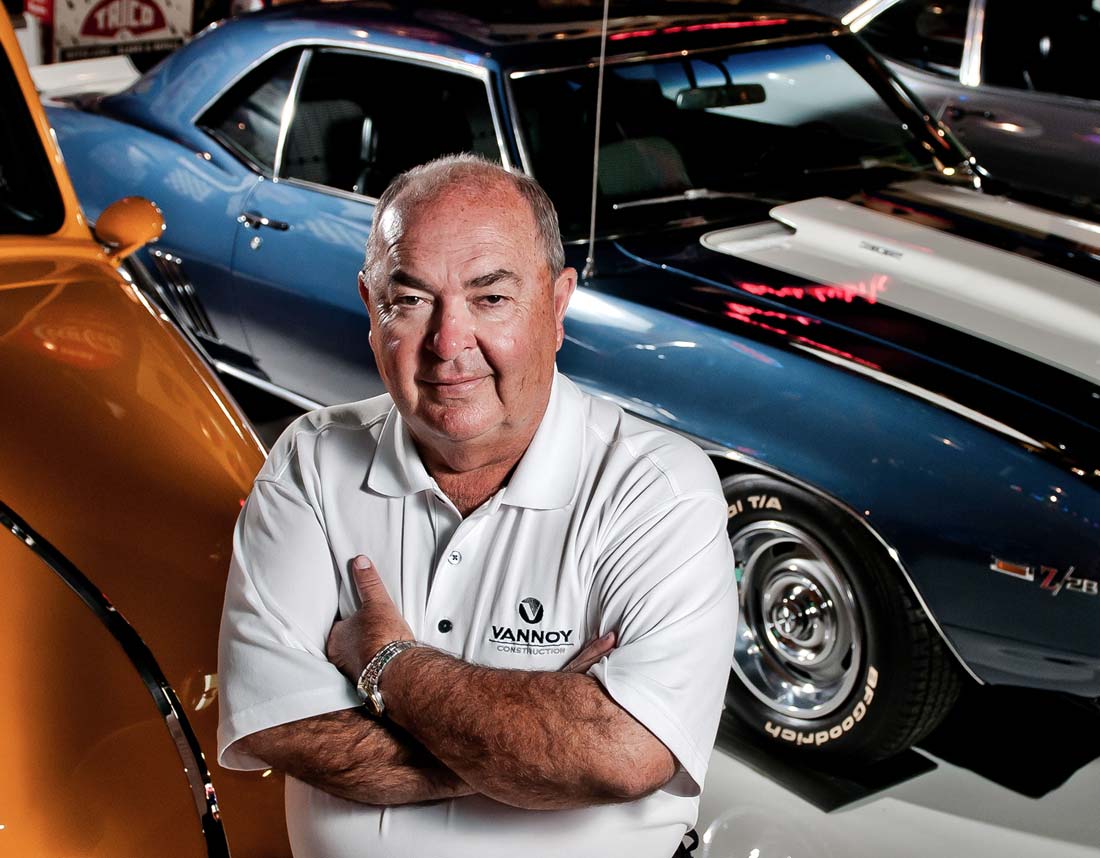 Before joining Vannoy Construction in 1971, Eddie attended East Carolina University and majored in Business Administration. In 1976 he became President of the company, taking over in 1985 after his father’s retirement and actively promotes Vannoy to this day. Additionally in 1987, Eddie became Vice President of Cardinal Stone, Vannoy Construction’s sitework subsidiary company, and has helped direct that company’s success. As CEO of Vannoy Construction, Eddie oversees the company’s general direction and works to establish new customers and acquire new opportunities.

Eddie has remained involved in the development of Jefferson Landing Golf Club & Resort and actively promotes community causes and charities, such as the Jeremy Elliott Scholarship Fund. To date, the fund has raised over $1 million dollars for local high school seniors. 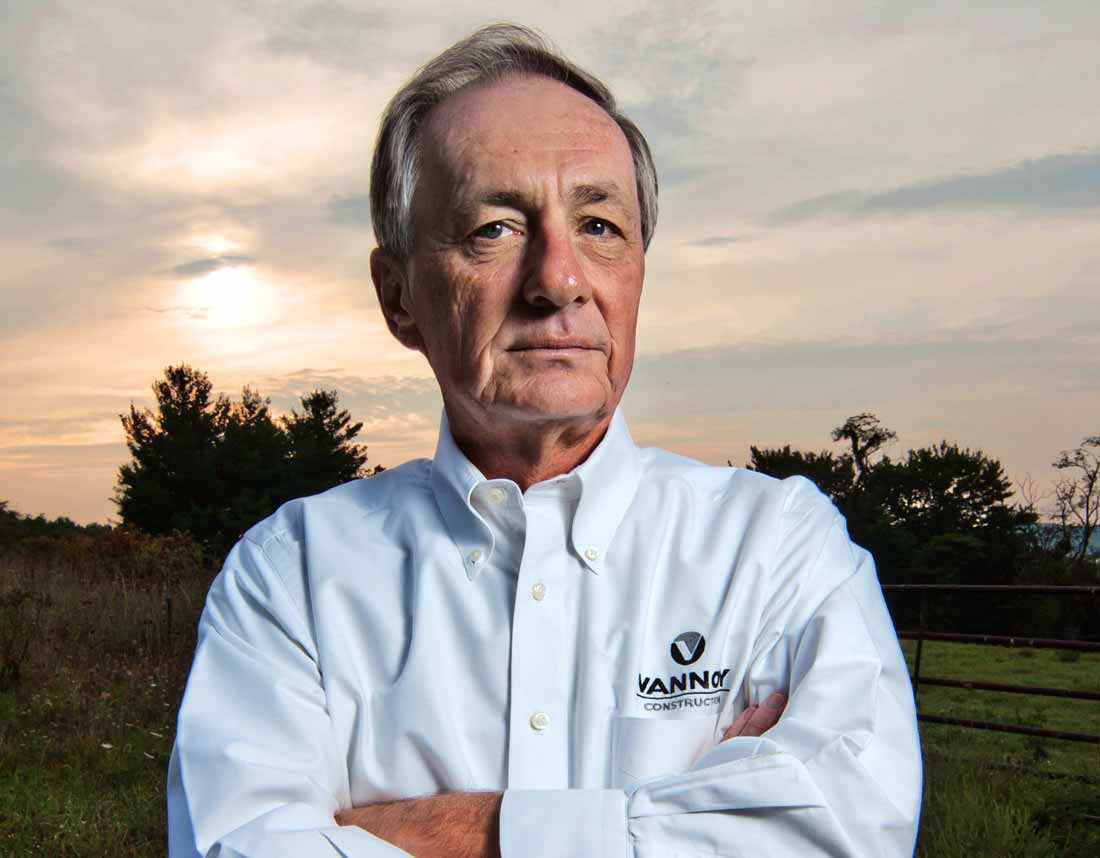 In 1973, Mark joined Vannoy Construction as a project superintendent after attending East Carolina University. In 1976 he became Vice President of the company and began actively managing day-to-day operations. In 1985, after the retirement of his father, Mark took over as President of the company and has been instrumental in directing its growth and success. As President, Mark organizes and directs the company’s work, delegates manpower and equipment to the project managers, and coordinates Vannoy’s five permanent offices. He works closely with clients and their representatives to provide the best construction services possible.

Mark is a board member of Appalachian Regional Healthcare System in Boone, NC and a founding board member of Forest Commercial Bank in Asheville, NC. In addition, Mark is also developer and owner of Jefferson Landing Golf Club & Resort in Jefferson, NC, and is the owner/operator of Vannoy Family Farms in Galax, VA. 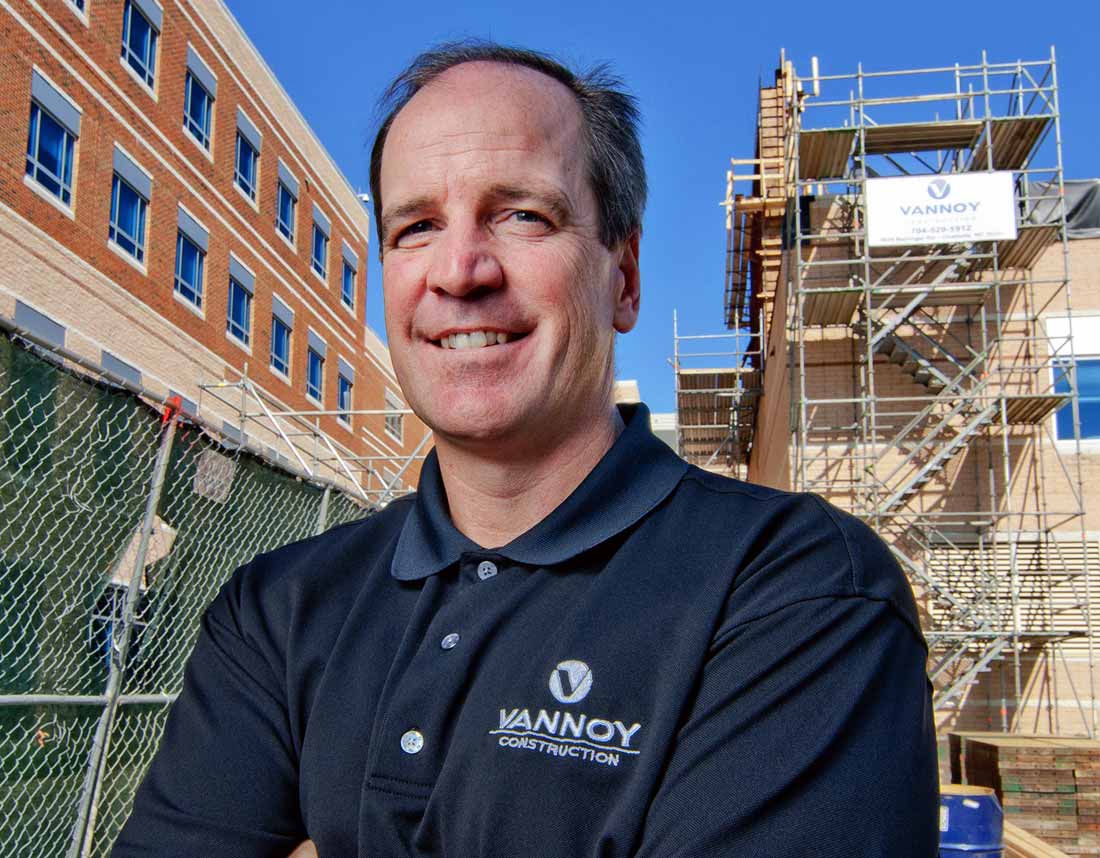 With 30 years of major commercial experience, Bill carries an essential client-centric mindset into our project teams. Bill’s authenticity and focus on positive culture (our 4-H’s) produce environments where project teams can commit their entire energy to tangible client benefits in the important areas of safety, quality, schedule and cost management. These team efforts include our design partners, subcontractors and other project participants.

Bill is actively involved in all of our Healthcare, Education and Commercial projects ranging from over $80M, as well as the hundreds of projects completed annually under $250k. He maintains a constant focus on efficiency, simplicity and creating positive project outcomes – in every area and in every detail.

With a father who was an architect and graduated for Ohio State University in Civil Engineering (same for Bill), Bill admits he “grew up in construction”. He and his wife Kathryn have four children; and Bill is an active member of the community, volunteering in both coaching and educational leadership roles. 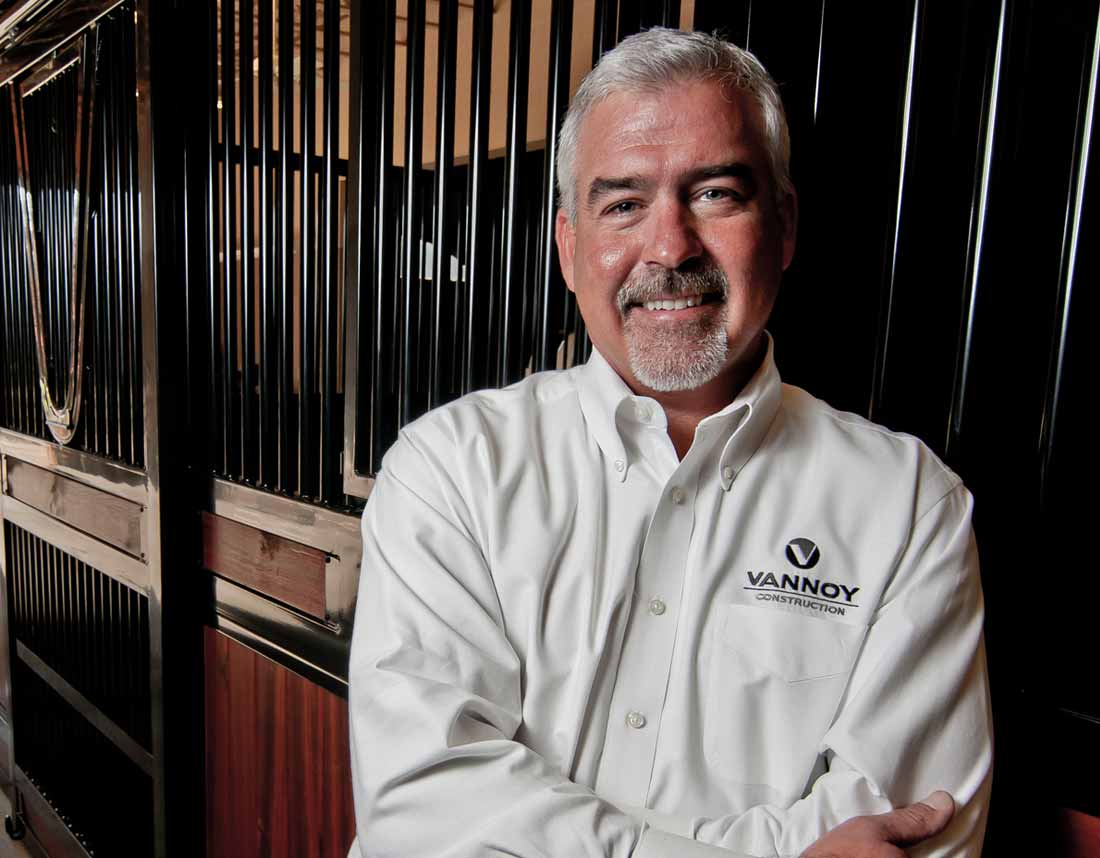 After graduating from Guilford College with a Business Management degree, John joined Vannoy in 1992. He opened and oversees all operational aspects of our Anderson, SC office, as well as much of our National Retail and Program Management platform. John concentrates on our project manager’s ability to build relationships with our clients through continuous project management involvement in estimating, to construction processes, through turnover and closeout. With this commitment to staff continuity, our clients are guaranteed one contact throughout each project resulting is increased confidence and an in-depth knowledge of their operating needs.

Throughout John’s 20-year history of leadership within Vannoy, he has completed over 25 million square feet of retail and distribution space across the country for clients such as Lowe’s, Ingles, Hendrick Automotive, and Bank of America. This deep knowledge and experience has given John a unique ability to deliver ultimate value within a client’s business requirements.