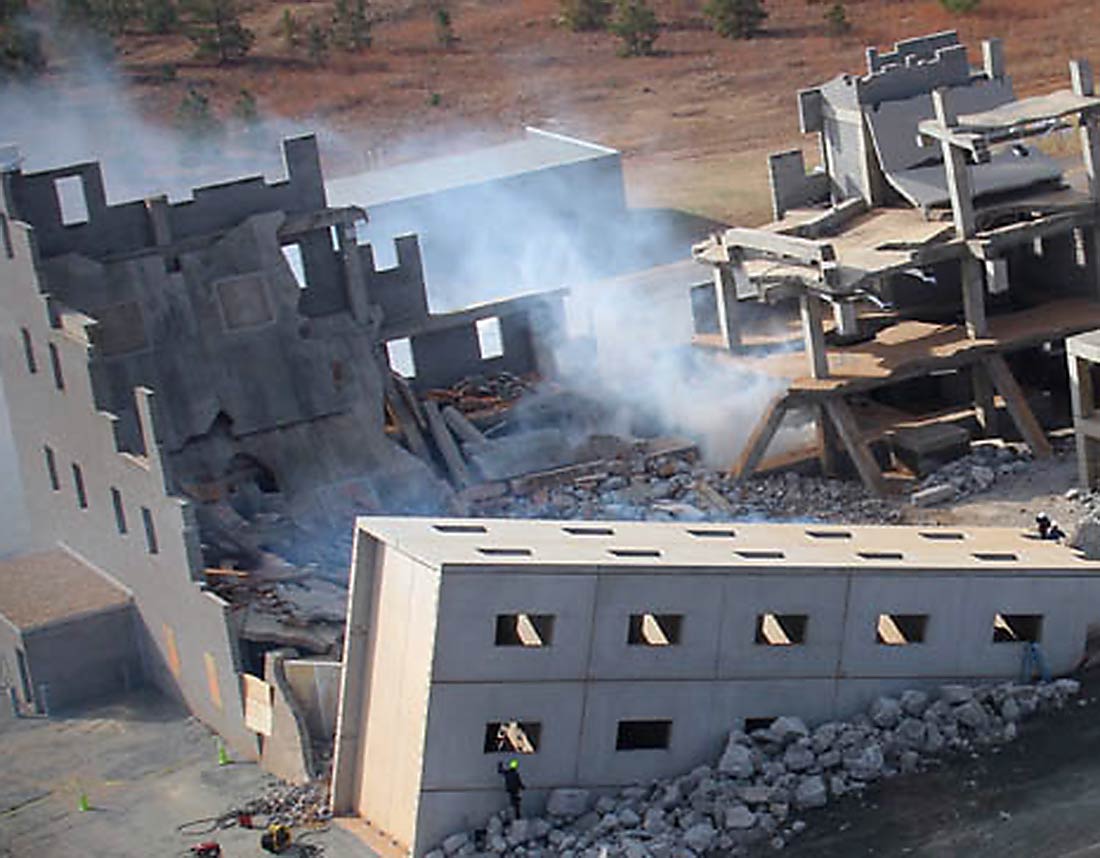 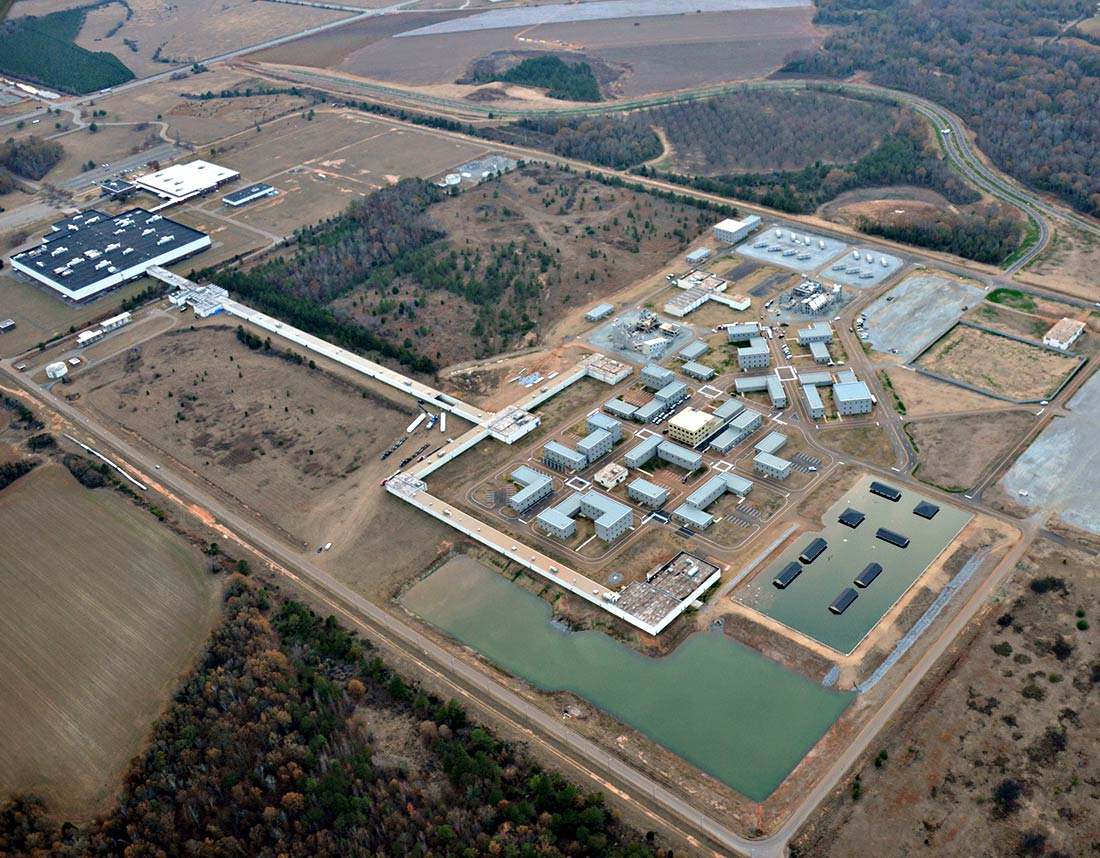 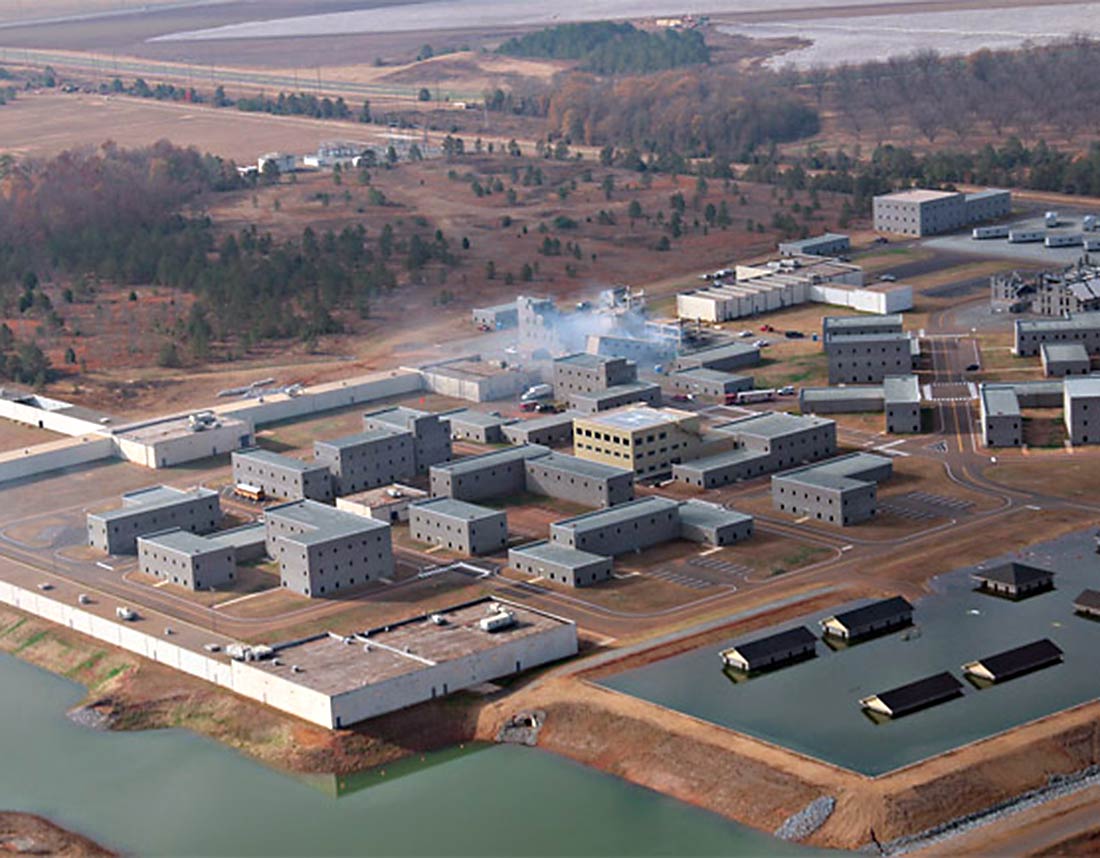 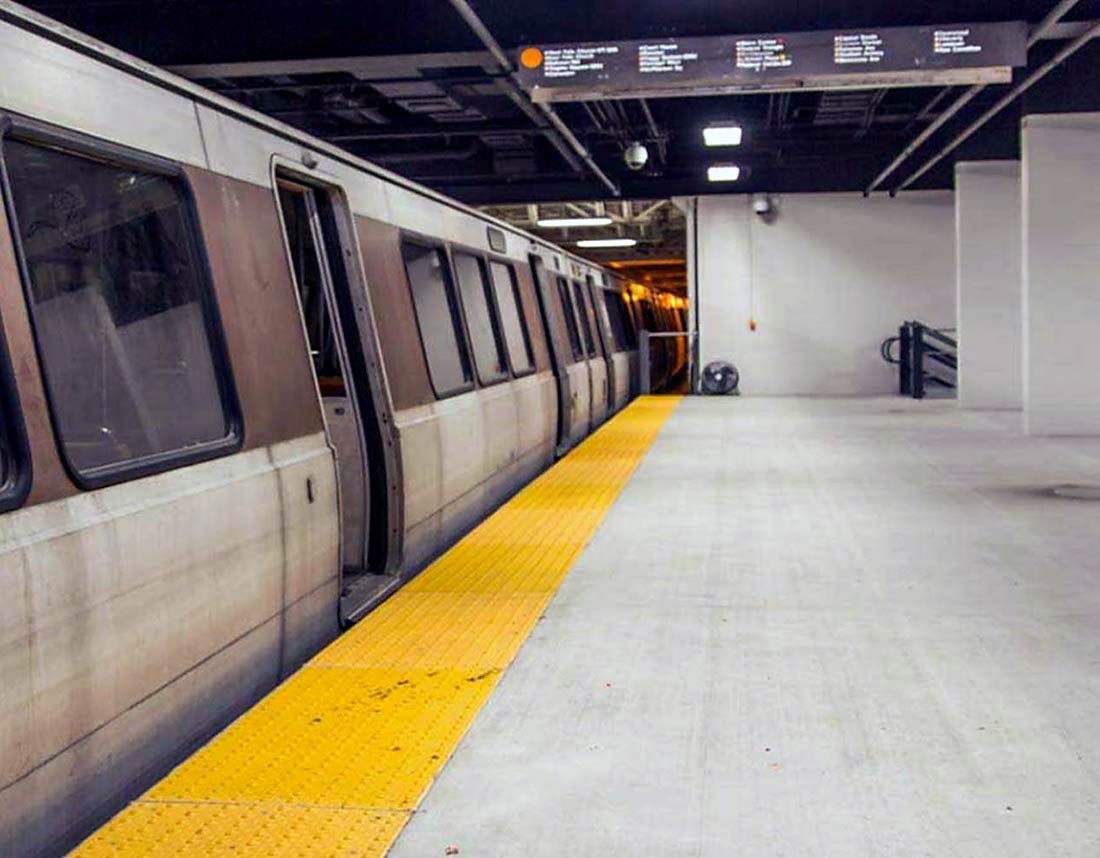 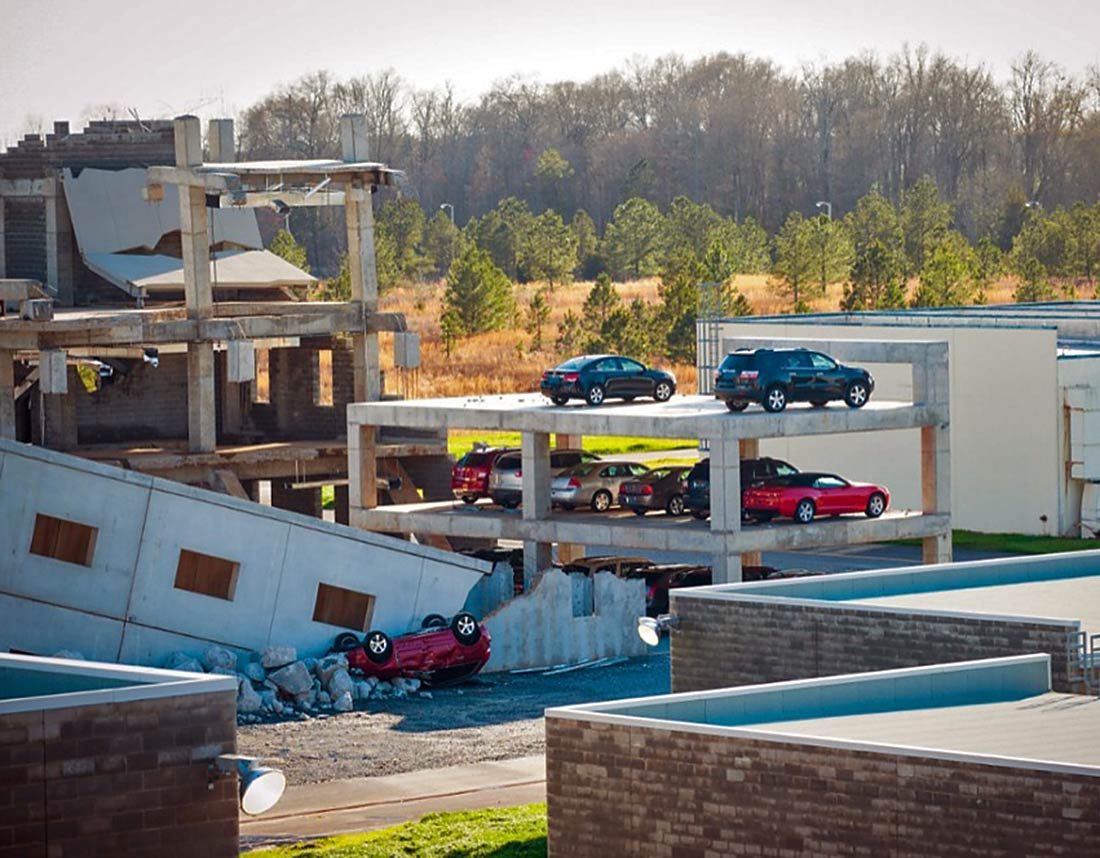 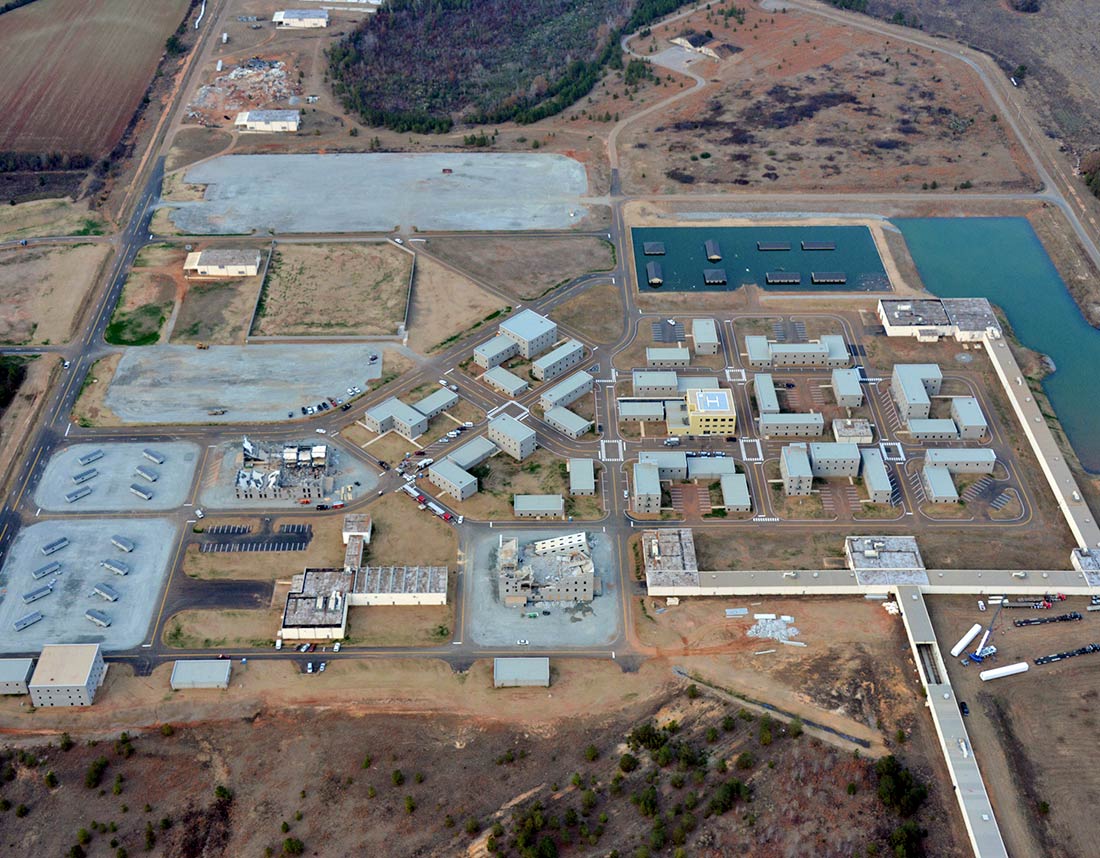 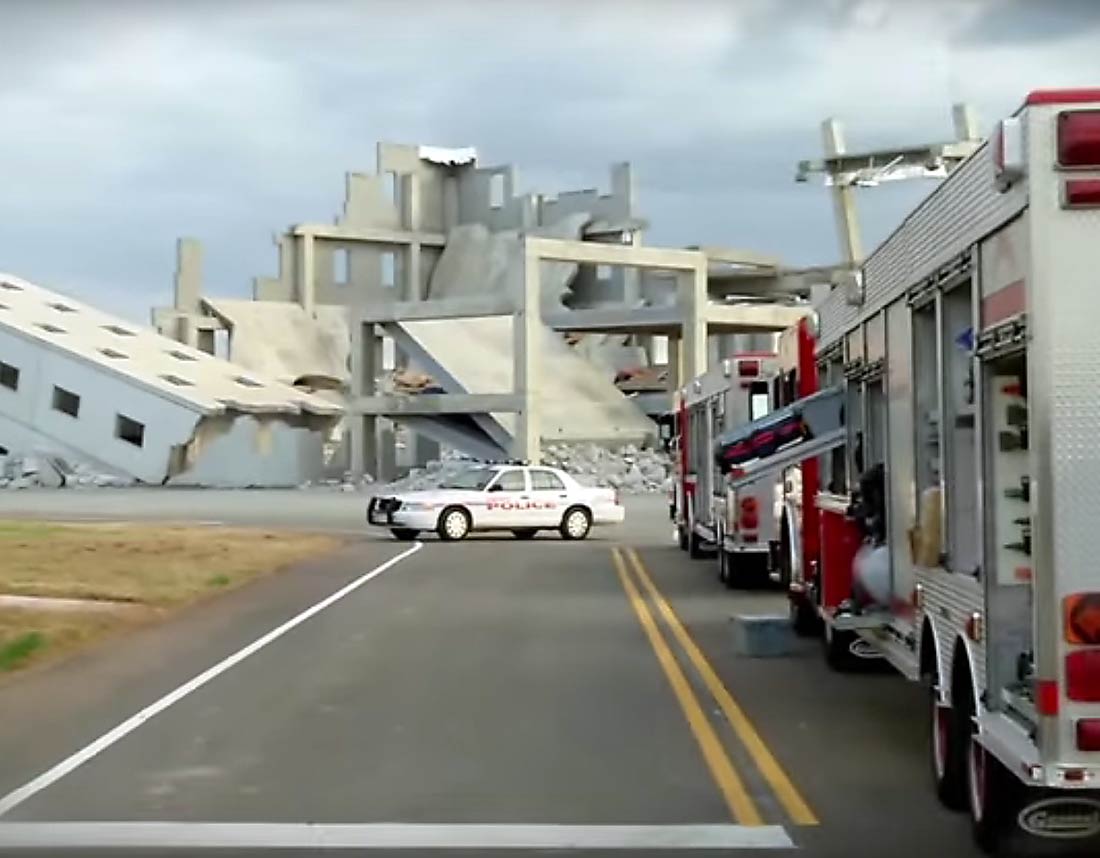 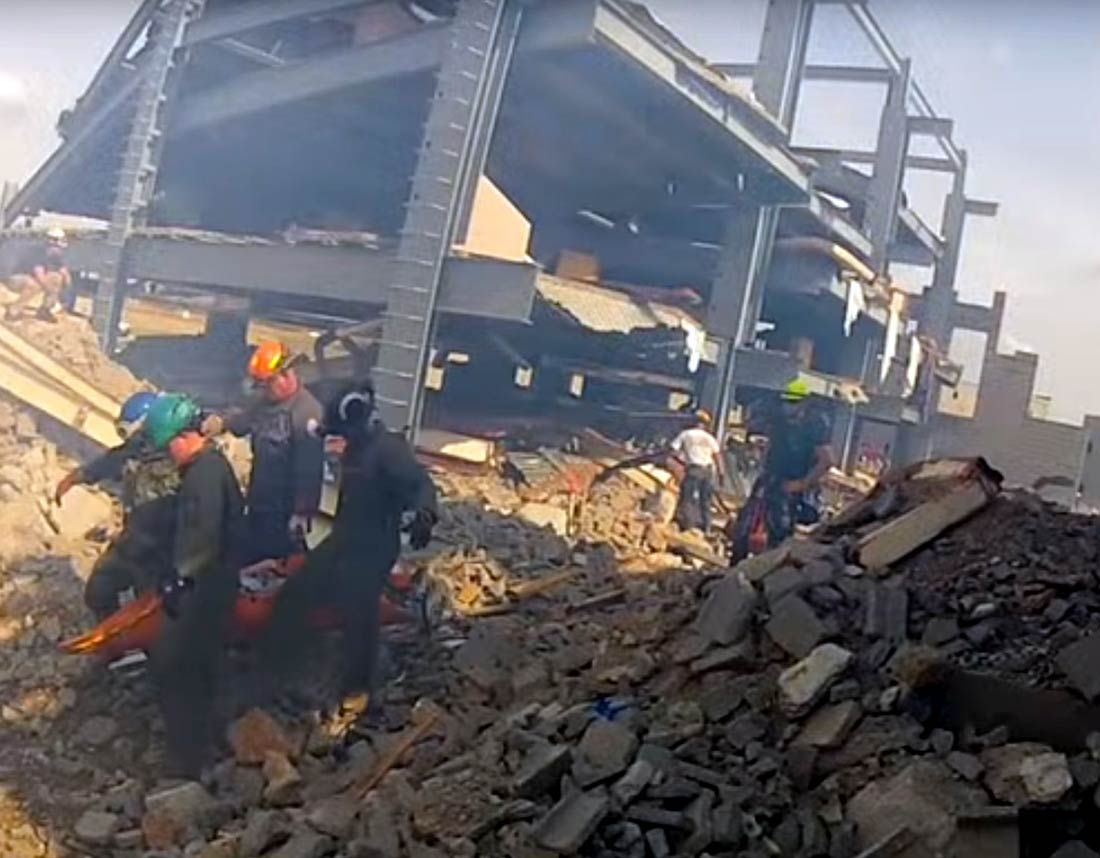 Built on an abandoned missile manufacturing facility, Guardian Centers is used for training first responders for the preparedness of natural disasters and bombings. The responders will have to shore up possible hazard areas, sift through rubble and rescue “role players” that mimic trapped persons. Organizations that will train at this facility include FEMA, EMS, Firefighters, police and several government agencies. The 830-acre complex consists of one completely finished three-story Command Center; 49 individual single story, two-story, and three-story buildings; and two collapsed structures (concrete and steel). The 49 individual buildings are all block, steel, and concrete that are unfinished. The concrete collapsed structure consists of poured-in-place columns, beams, and elevated slabs installed to look like they have been damaged due to a natural or man-made disaster. The steel collapsed structure includes slabs on metal decking that can be adjusted to different angles for different training exercises. The collapsed structures also include equipment for special effects such as flame throwers, spark generators, smoke generators, and hydraulic moving slabs. The interstate highway portion of the project is constructed and designed to mimic a four-lane interstate with widths, speeds, and radii from actual DOT specifications. During training, the first response team enters the ‘disaster area’ of the city from this highway.