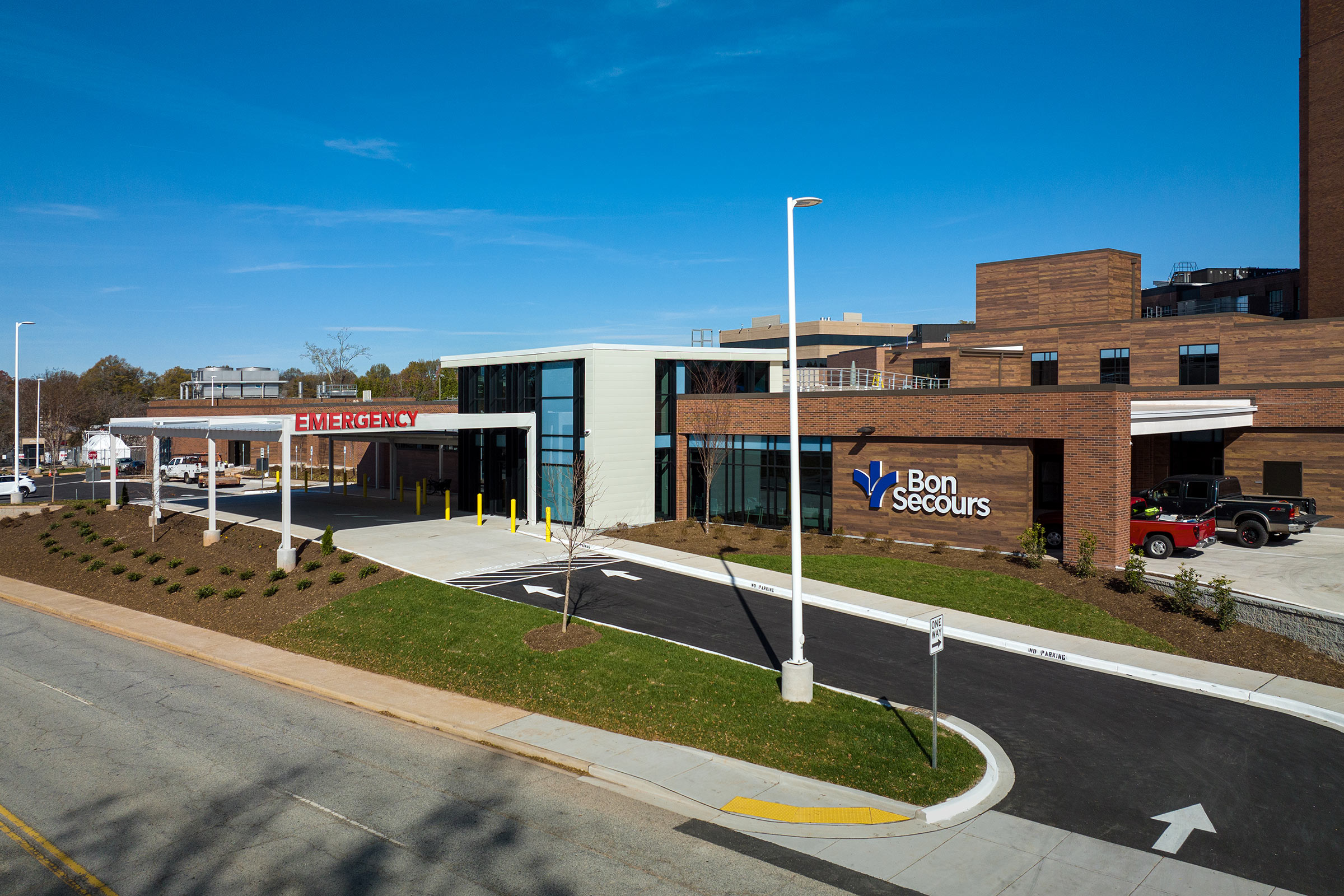 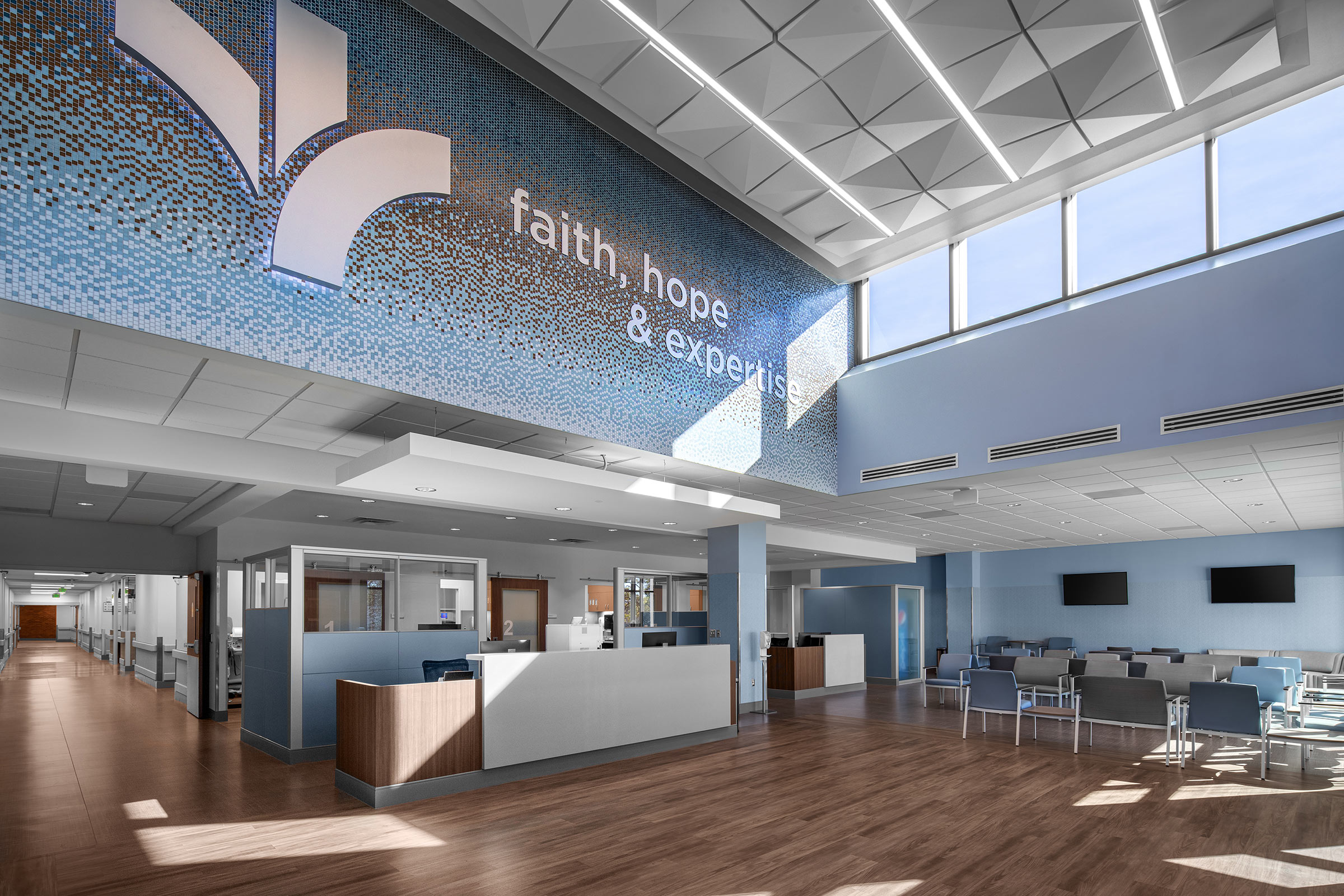 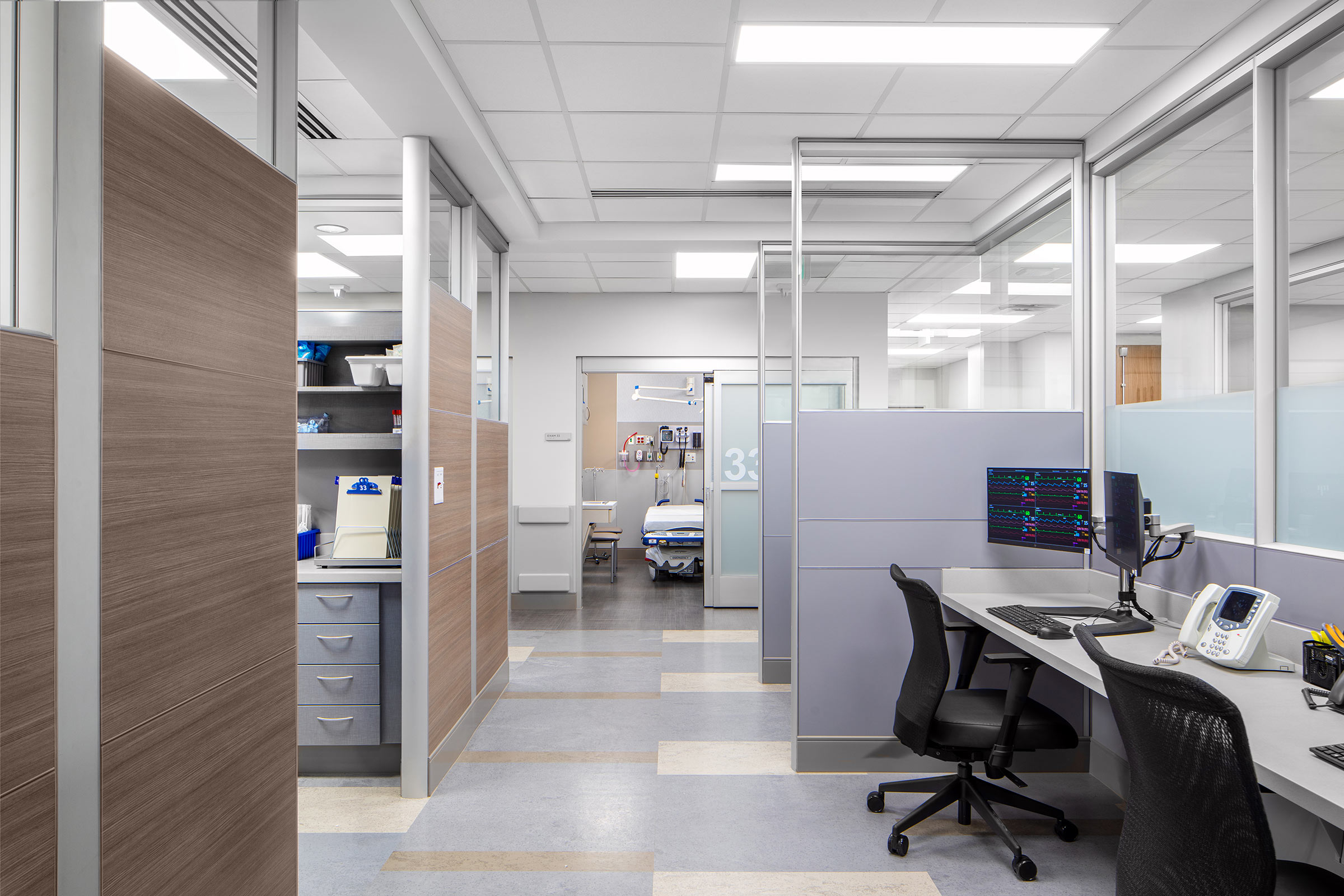 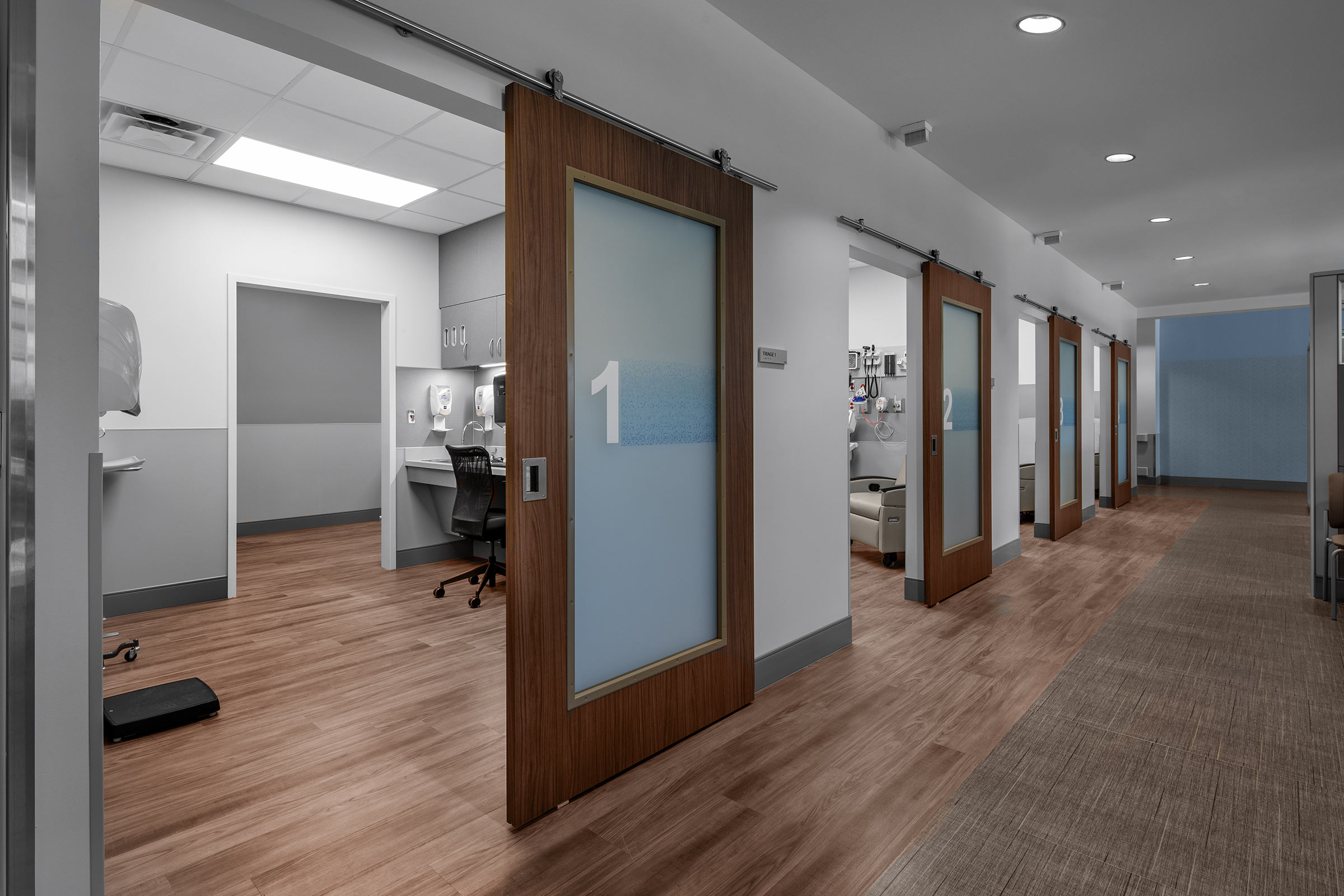 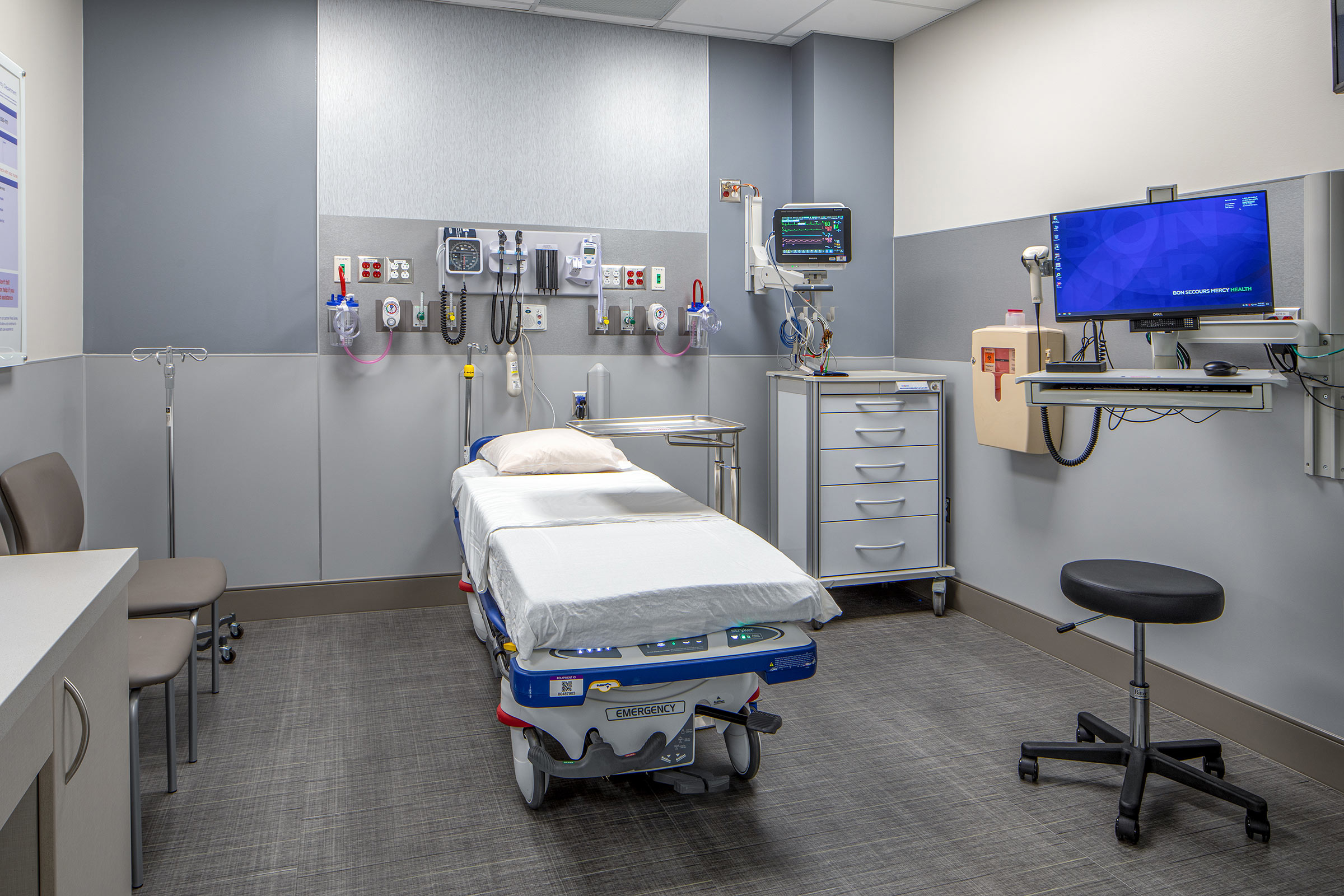 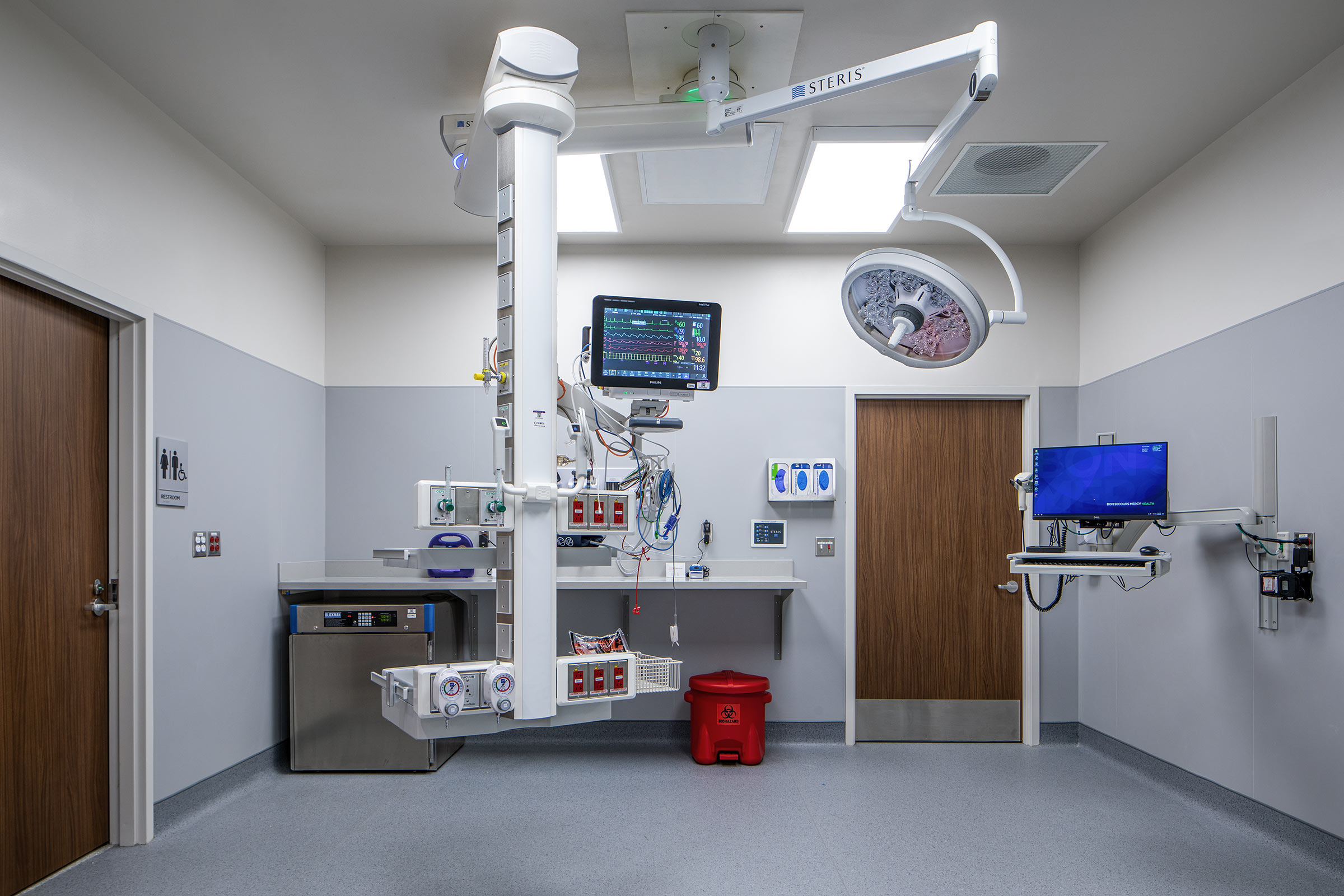 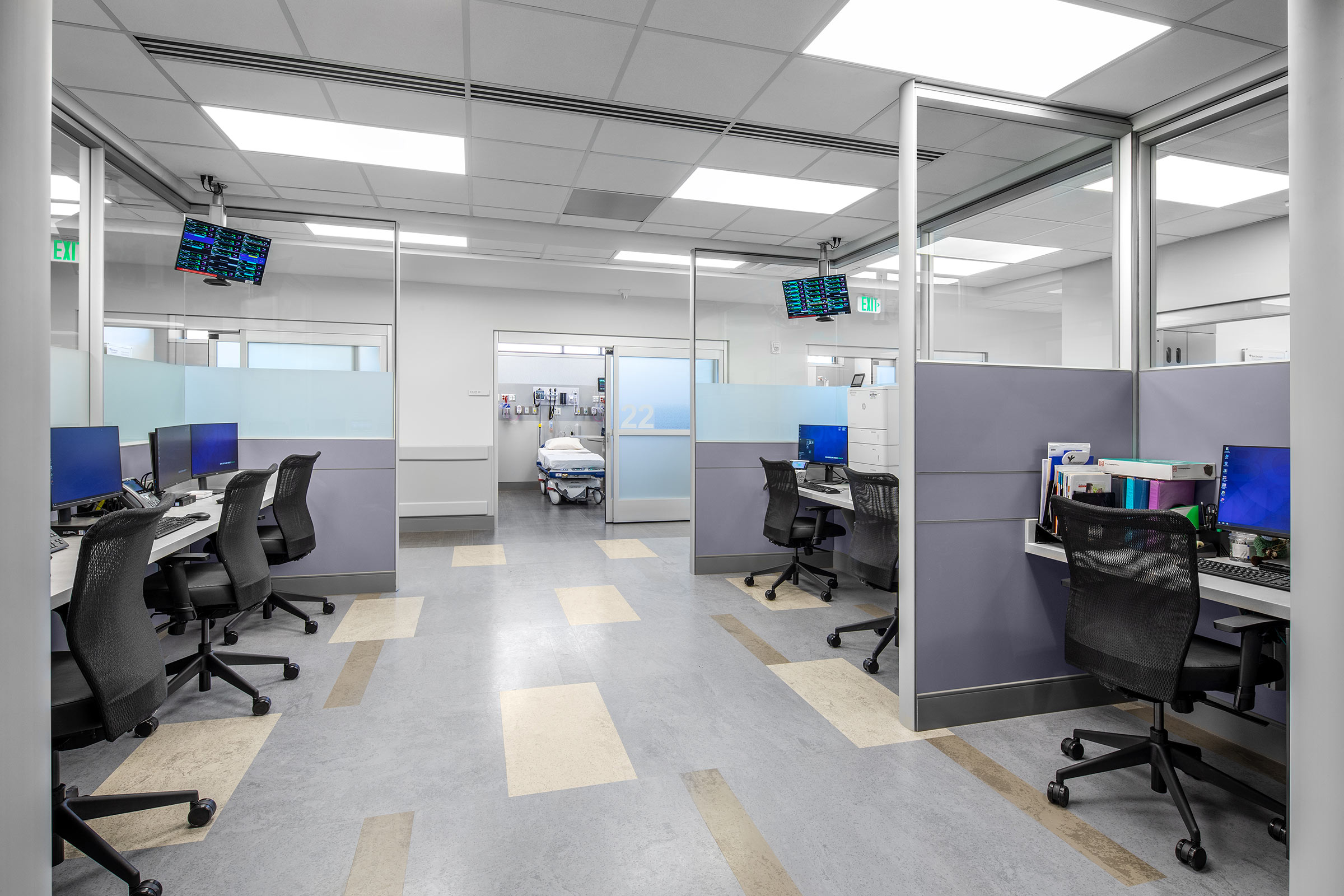 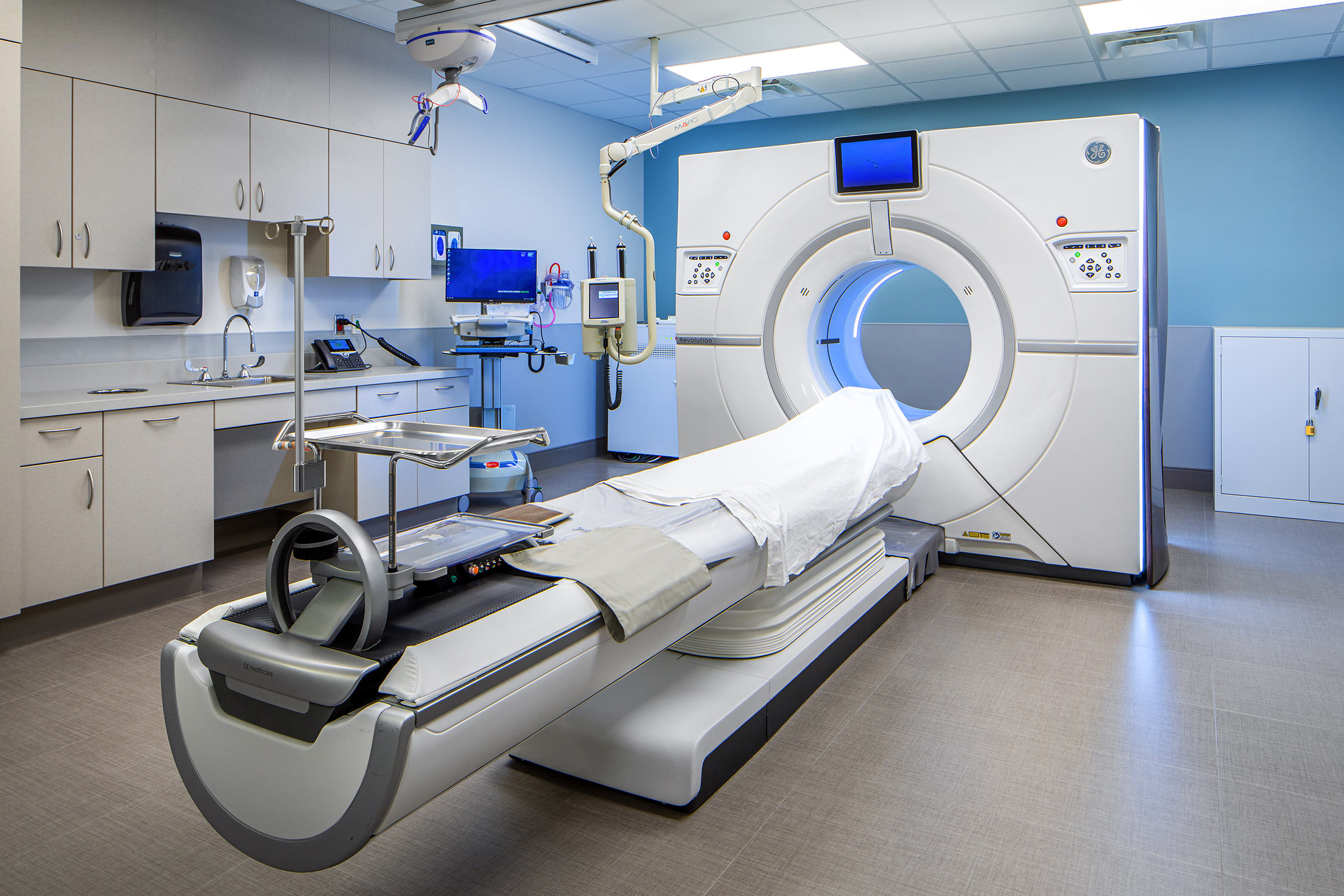 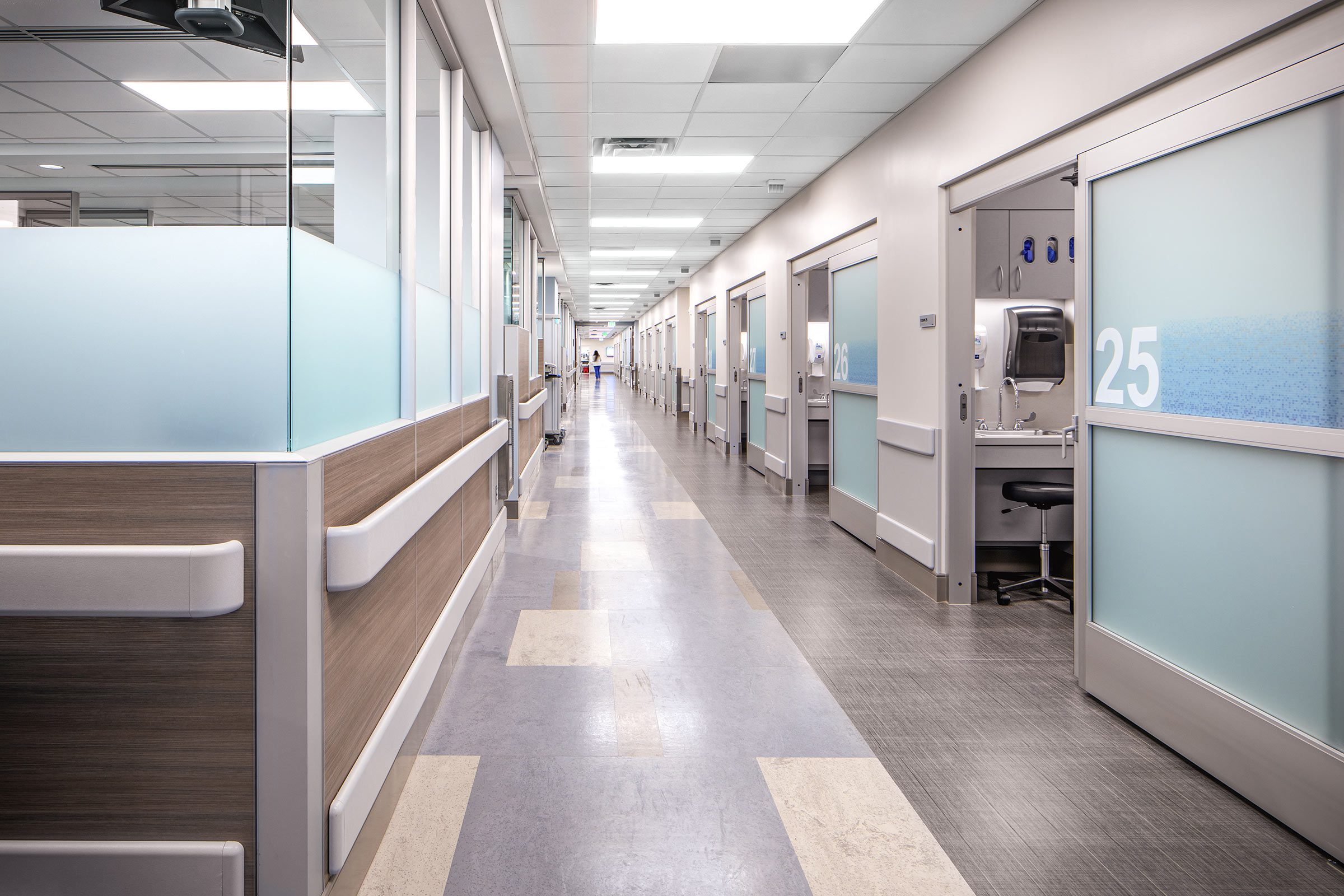 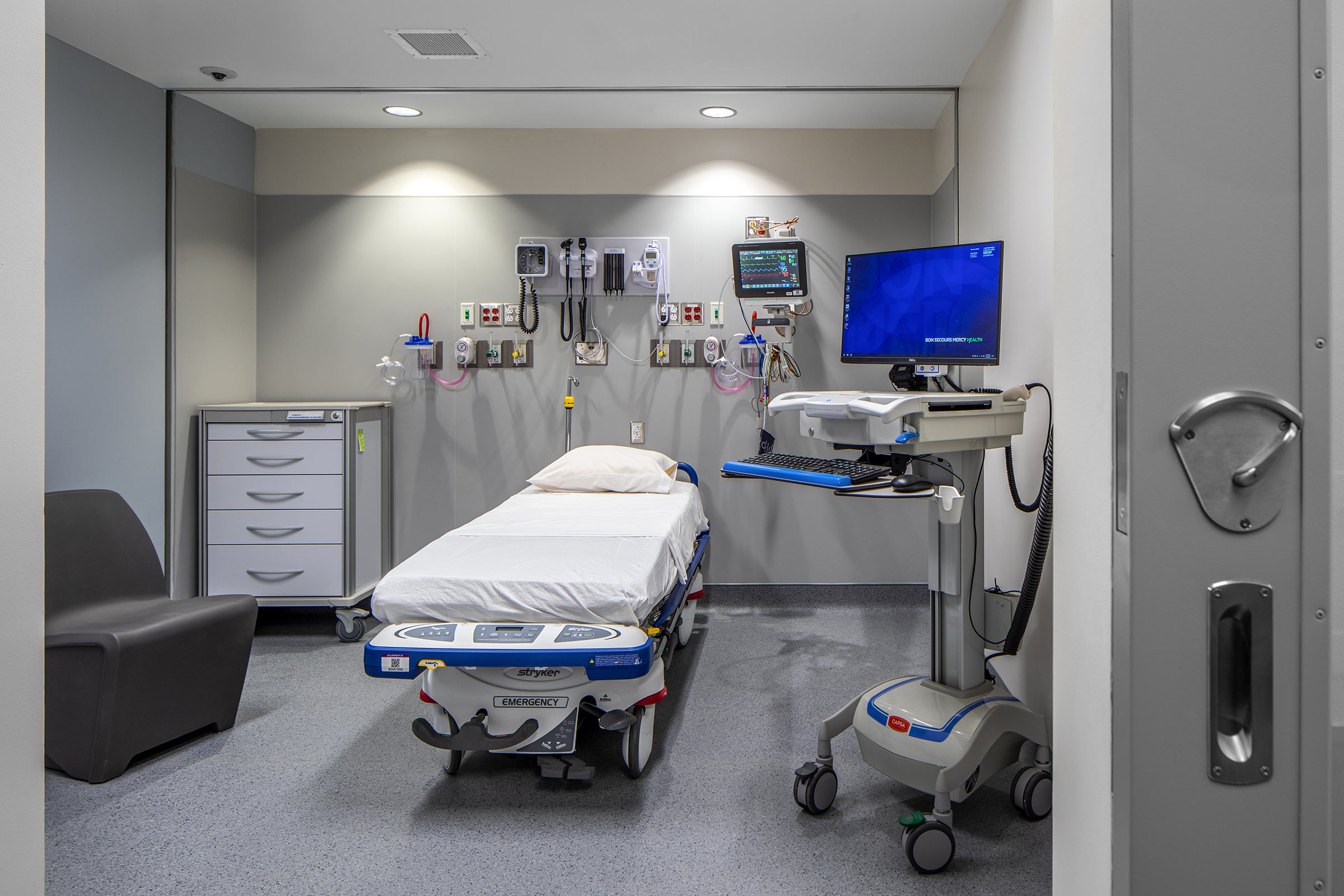 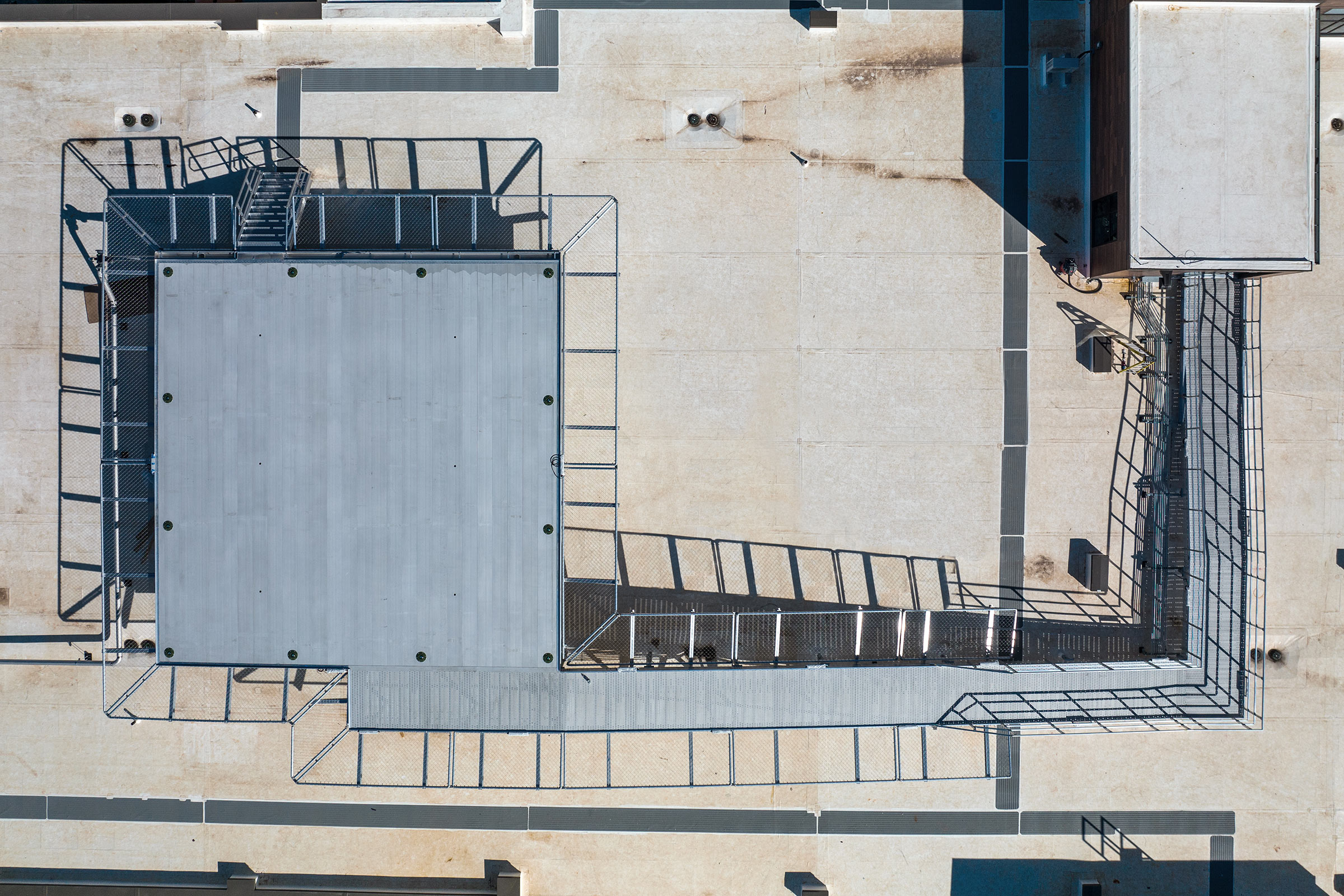 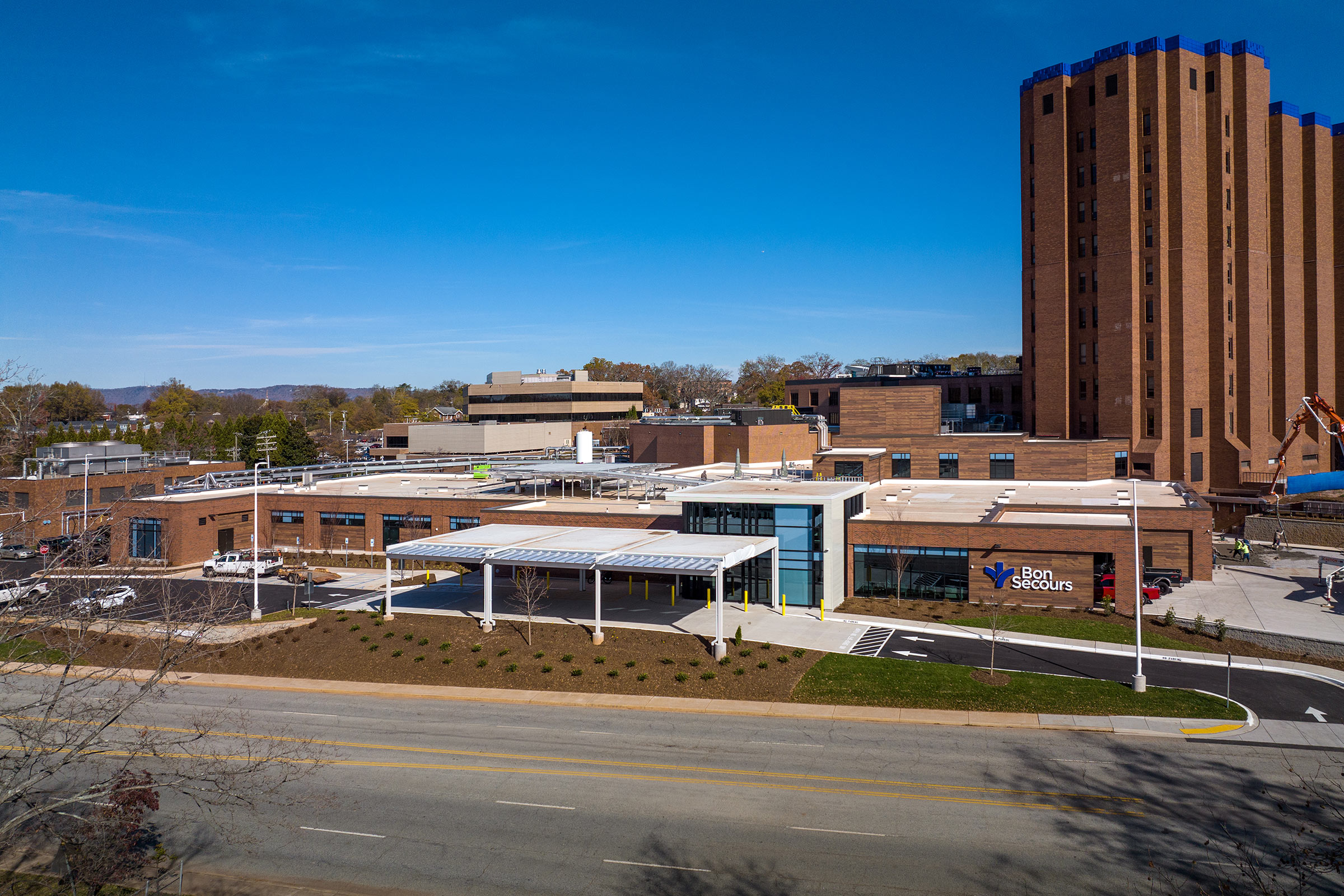 Once completed the new replacement Emergency Department (ED) will be a total of 45,381 sf, which includes 38,267 sf new construction and 7,114 sf of renovated space. The project requires relocation of all major utility feeds to the main hospital tower, as well as the hospital’s main loading dock. The current administration suite has been relocated, and a renovation of the old admin area into pre-op space, a new chapel, and access corridors to the new ED are due to start soon. The new emergency department more than doubles the number of patient rooms and quadruples the square footage compared to the current ED. Aside from increased space, the project will bring a new CT scanner to the ED to expedite imaging tests, as well as a point of care for lab testing. Each of the rooms will feature sliding glass doors with frosted glass to eliminate the need for curtains, thus reducing the chances of infection. Each room will also be equipped with telemetry to monitor patient conditions. The facility will be more “future-friendly,” with pre-triage areas and fast-track rooms for the kind of conditions more suited to urgent care. It also will have behavioral health and bereavement rooms, and two resuscitation bays. Patient rooms will be set up in pods so they can be shut down if not in use, or be used to isolate patients in the event of an outbreak. The project also adds centralized nursing stations with rooms on the perimeter. 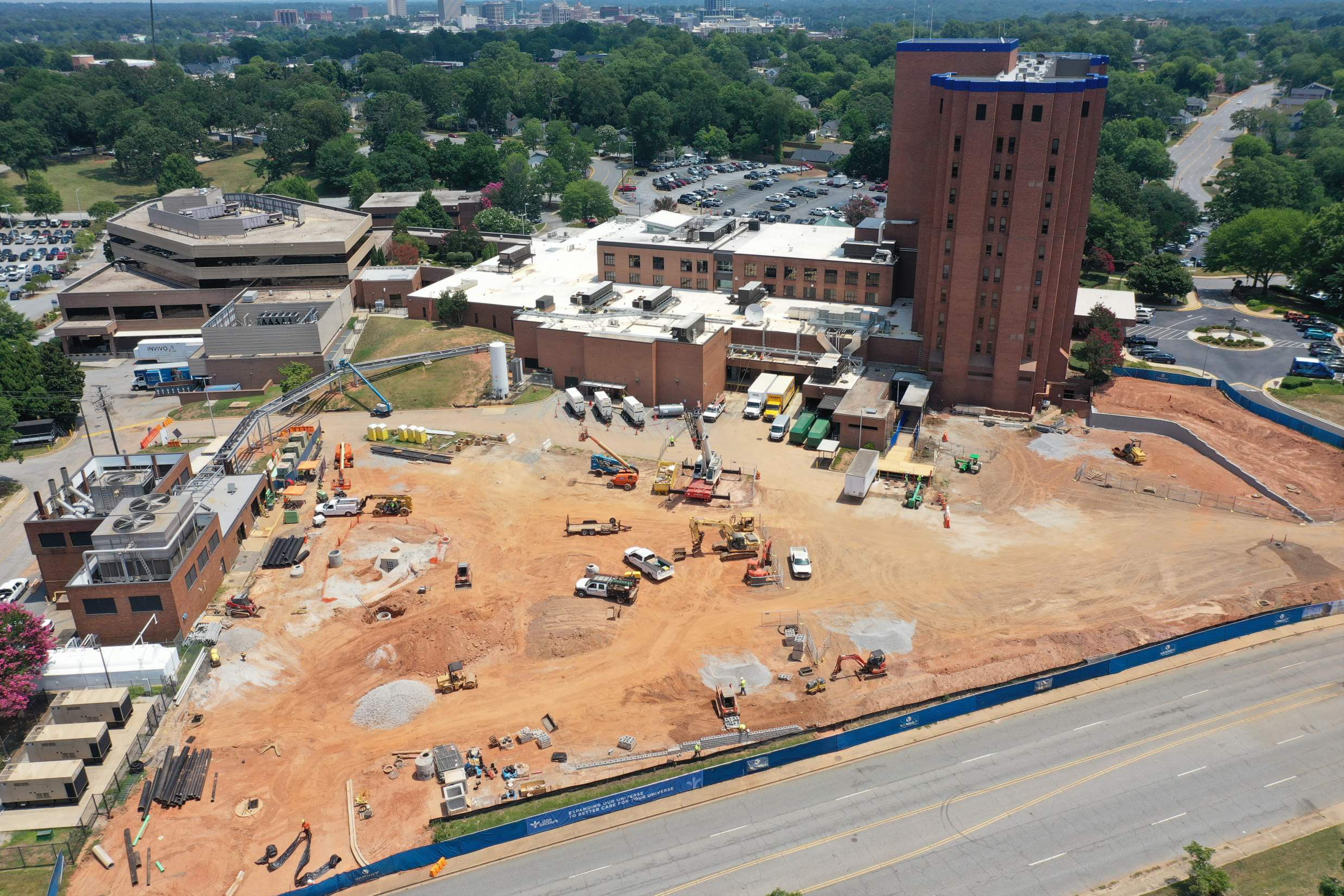 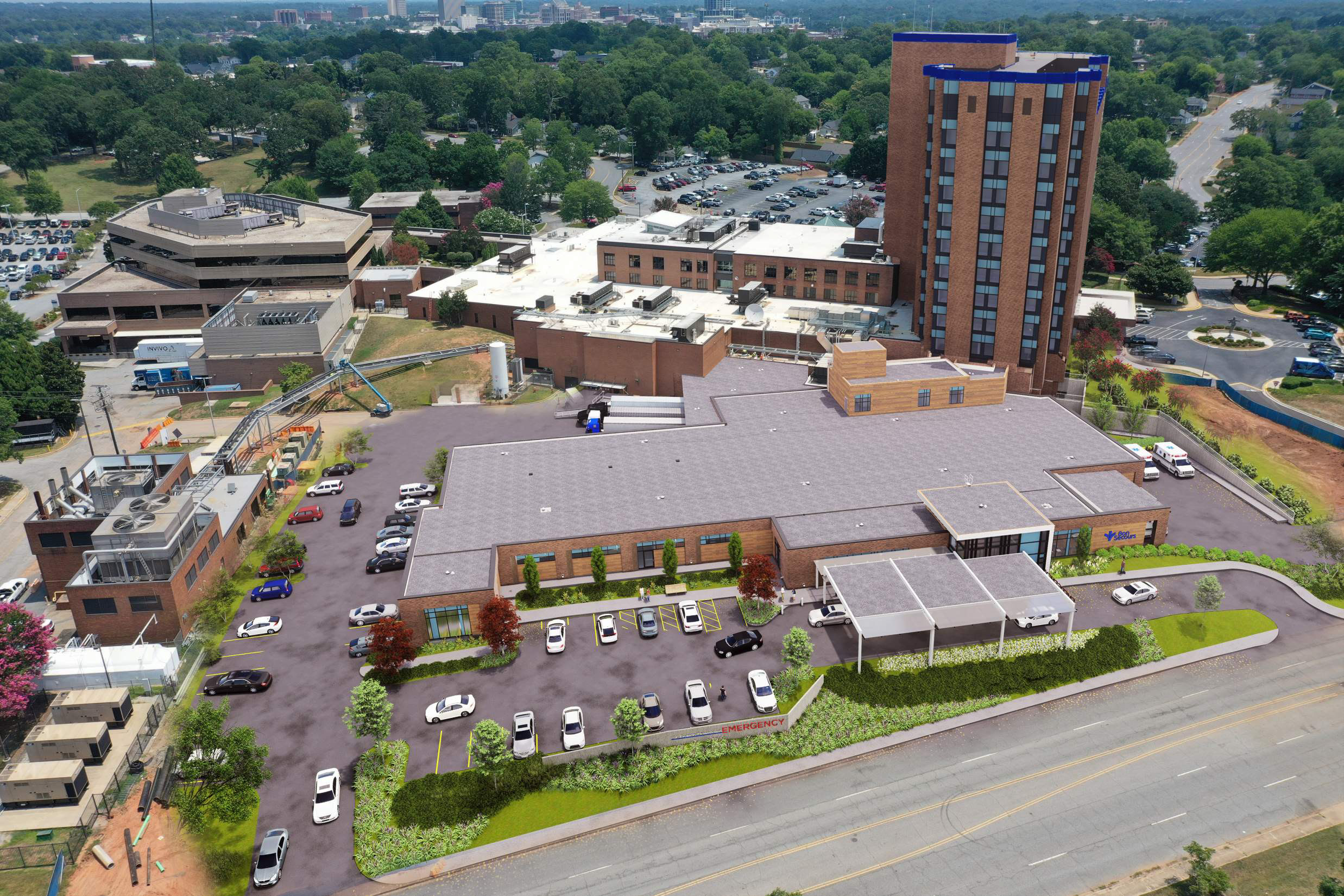