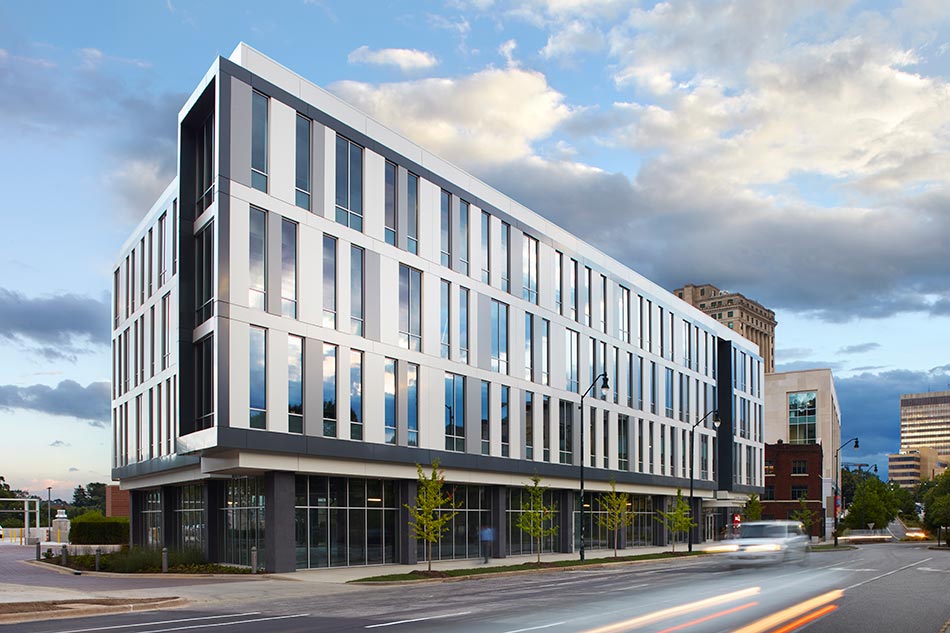 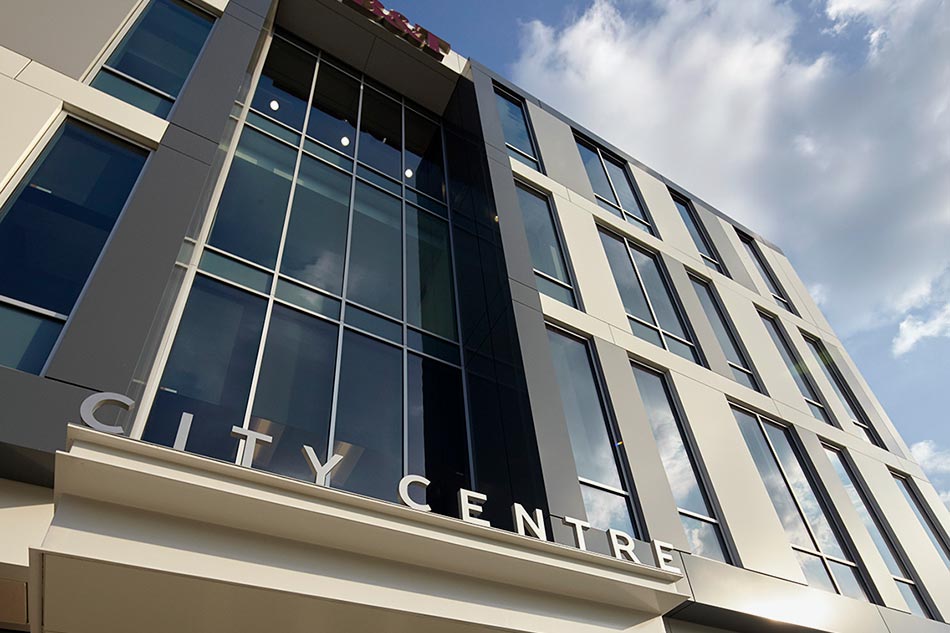 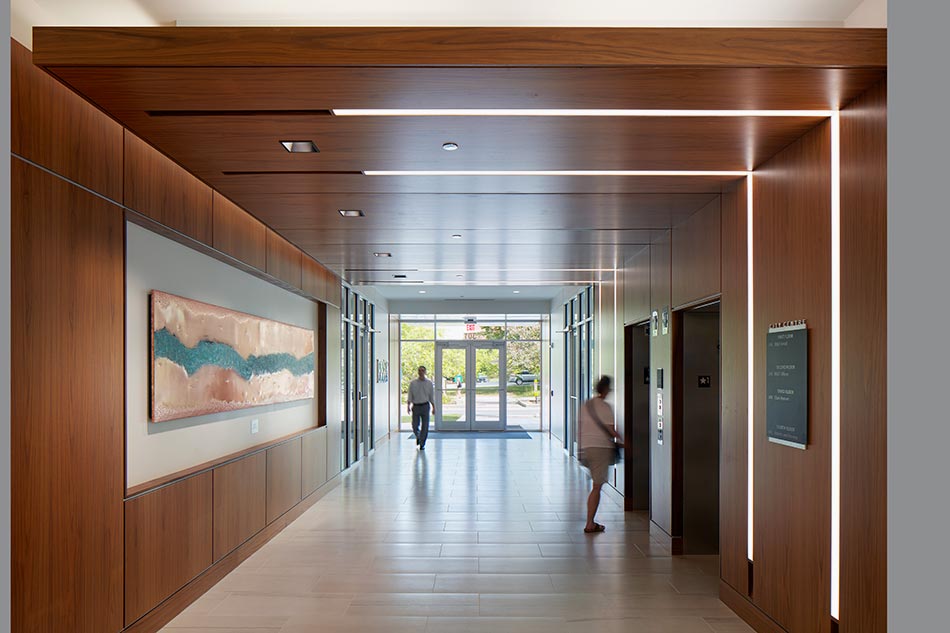 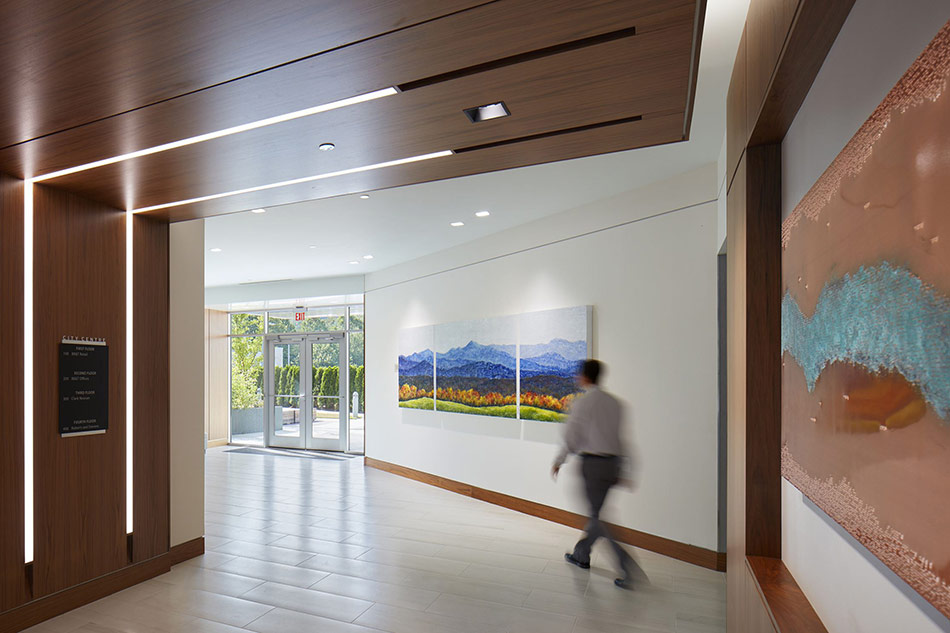 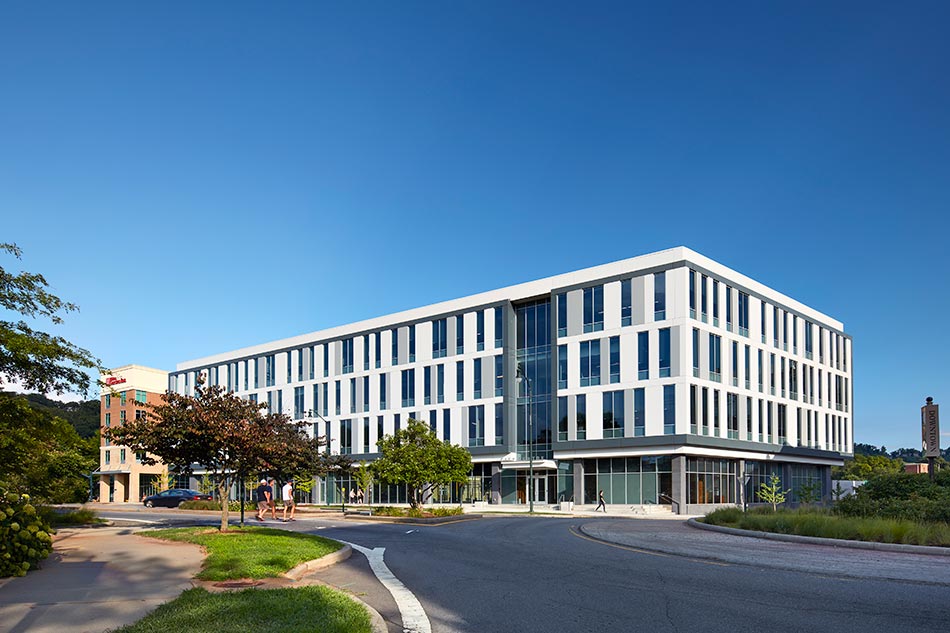 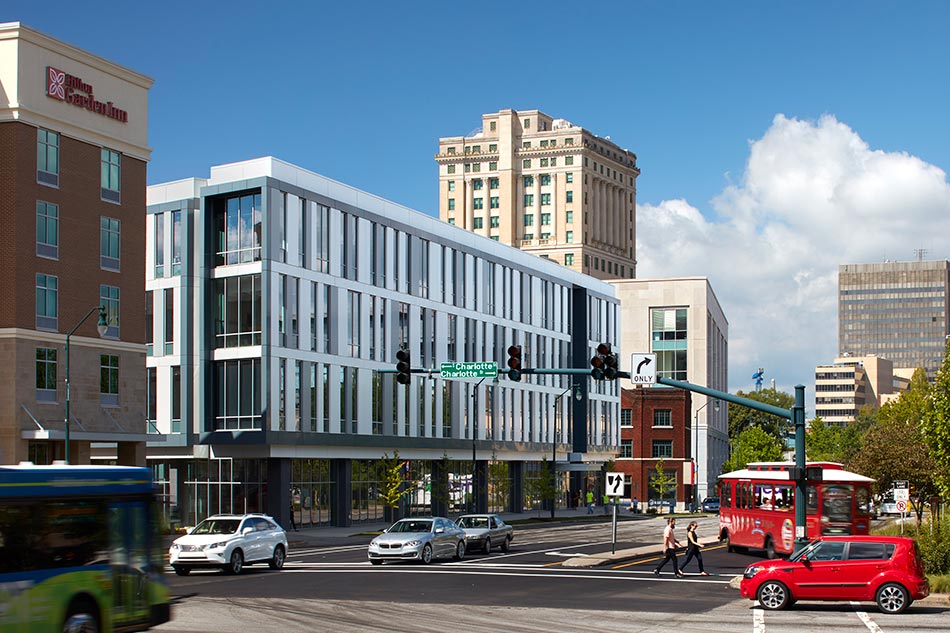 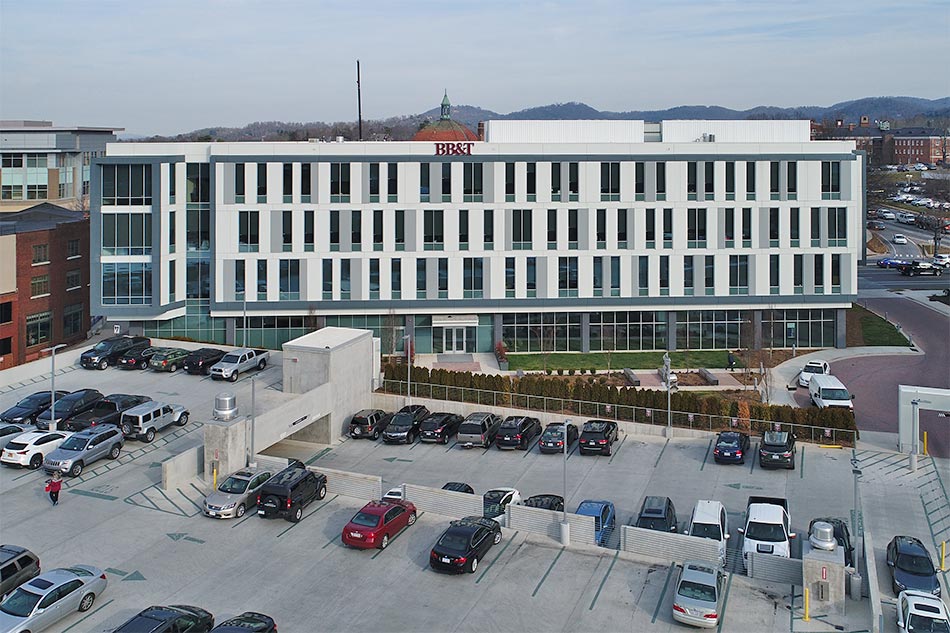 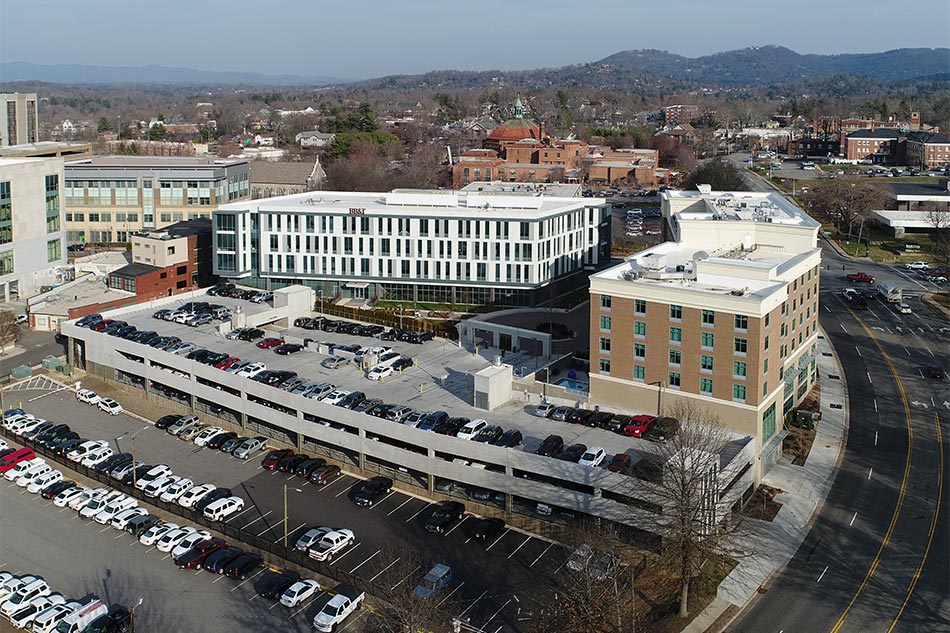 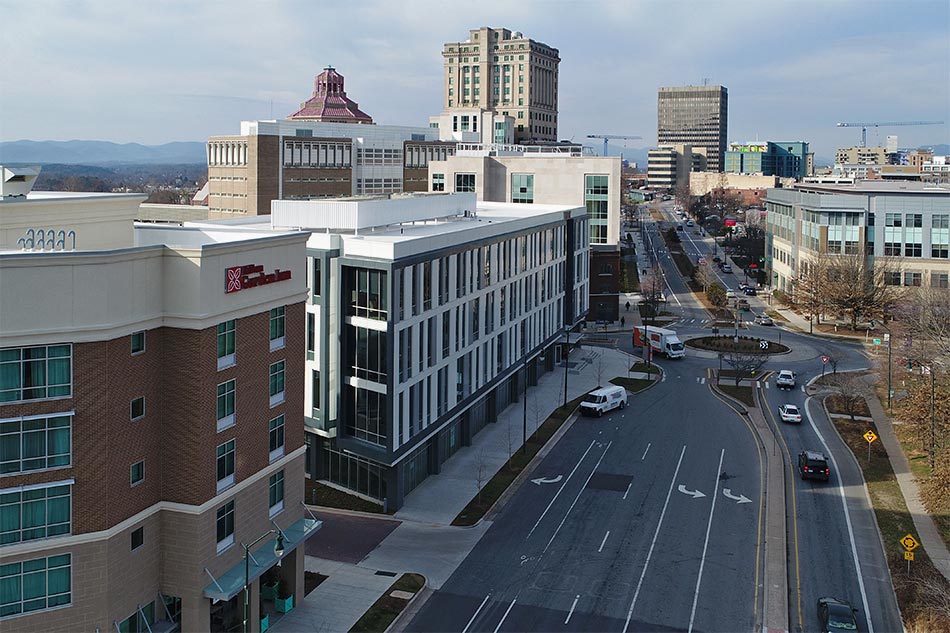 The new four-story, 60,000 sf Class “A” office building, with associated 320-space parking deck was constructed at the intersection of Charlotte and College Streets in downtown Asheville, and acts as a gateway into the eastern side of the city. Located on the former TK Tripp’s restaurant site, the building serves to invigorate a portion of downtown that has historically been quiet. The parking structure anchors the south end of the site, and is masked by the office building and hotel.

The structure houses professional offices on the upper three floors with retail spaces along the bottom, as well as a hotel along Charlotte Street. Internally, the site includes a drop-off roundabout for office and hotel guests, and a green space. Capitalizing on the southern orientation of the site, the building offers many windows with breathtaking views of Pisgah Mountain and First Baptist Church.